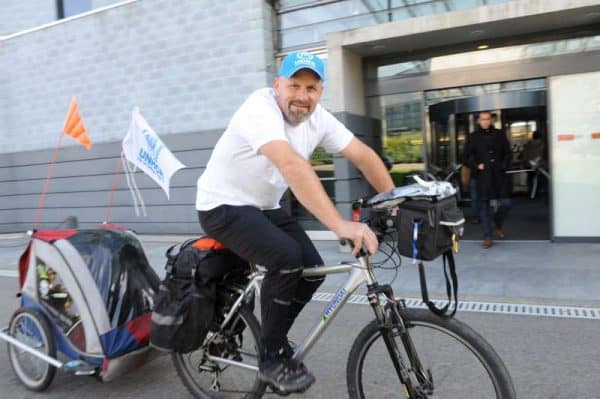 “Here’s to the crazy ones. The misfits. The rebels. The troublemakers. The round pegs in the square holes. The ones who see things differently. They’re not fond of rules. And they have no respect for the status quo. You can quote them, disagree with them, glorify or vilify them. About the only thing you can’t do is ignore them. Because they change things. They push the human race forward. And while some may see them as the crazy ones, we see genius. Because the people who are crazy enough to think they can change the world, are the ones who do.” 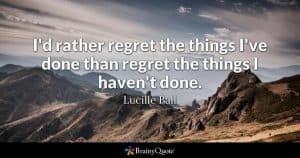 For a long time I have been fascinated what it is that makes people do things that others won’t. I think on what Lucille Ball said and I concur. We only have one shot at life. For the past 10 years I have been especially keen to follow those who do what one could call ultra expeditions. The first I can remember was my her, Bjørn Heidenstrøm (picture above who cycled from Oslo, Norway to South Africa. He followed that with a SUP stand up paddle through Europe- The next year it was cycling the length of Norway! “Winners do what losers won’t” Bjørn is a winner. This inspired me to do my first crazy trip – cycling to the 92 football clubs in England. See www.theShirt2010.co.uk. Since then I have followed a wonderful collection of people who have run, swum, walked huge distances to raise money, test themselves ….. or a variety of reasons. 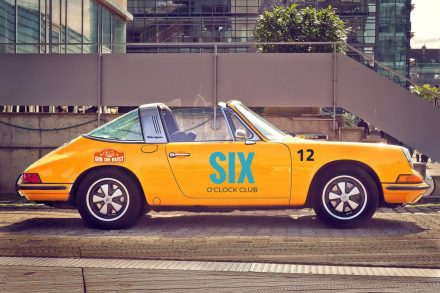 My long-time friend and all-round good guy, Mike Turner, is always up to something crazy. His latest charity action is a Banger Race from Plymouth to Gibraltar. He says,”So today I’m off on the Banger Rally Challenge from Cornwall to the Kasbah

We’re leaving Plymouth shortly and setting sail for Santander and 4 days of challenges and competition before rocking up in Gibraltar on Thursday evening and then taking the ferry to Tangier on Friday before returning next Saturday.

Unfortunately I don’t have a fabulous yellow Porsche 911 Targa to drive (this time) but I will be raising money to help feed the homeless and families in need of help in Plymouth this Christmas as part of the Six O’Clock Club Christmas Appeal.

If you want to be part of the rally, get loads of social media love and mentions in Facebook Lives, Instagram Stories and more over the next week all you need do is pledge some cash below.

See you next Friday for a Six O’Clock Club broadcast live from Africa!” 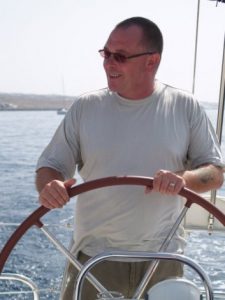 Alan Gandy walked through all the Seven Canary Islands. The previous year he “only” walked the length of Lanzarote! His story is here. Then there was Bob Carr who completed a 920 mile walk from Santander in the north of Spain to Tarifa in the south to raise funds for Cancer Research. You can read all about the walk and the reason Bob did it here. “Ronda Andy” walked from Rome to Ronda! 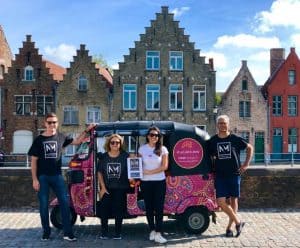 Rachel, Bharat, Amy and James are going to Turkey …by tuktuk . They are doing it in honour of Rachel and Bharat’s daughter who tragically died too young. They are looking to raise money – please support others do it to raise awareness. Bjørn’s social media had over 2 million hits just for the Oslo South Africa cycle ride. 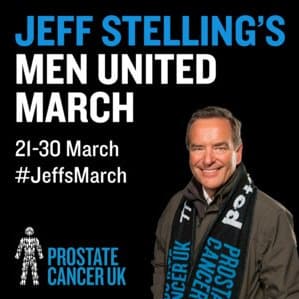 Jeff Stelling has done amazing work for Prostate Cancer and has always had my support. His mission is very clearly money-focused. “If I do this, how much will you give me, Mr Sponsor.” Commercial terms are agreed and Jeff walks from A to Z. #Respect More here

Back in July 2015, Dave and Mitch Bull discovered that a close relative had terminal cancer. Not being hearts and flowers guys, they decided to do something to raise funds for cancer research. Dave had recently bought a kayak. So he suggested to Mitch that they row along one of the most dangerous sections of the River Segura from Murcia to Guardamar to raise funds for the Spanish cancer charity AECC. Although Mitch had never even been in a kayak, he agreed. The rest is history – not to forget that the next year they mototor-biked all around the coast of Spain 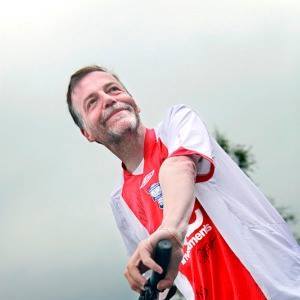 I am going to CYCLE to the 28 countries in Europe with the intention of highlighting the folly of Brexit. Yes, for 4 months and 8,000 kms I will push my little legs across Europe and preach the gospel of REMAIN! I will tell our EU neighbours that despite what they might have been told, it was NOT the “Will of the People” to leave.

I start in Torrevieja, Alicante, Spain on 10th March 2019 and hope to arrive in Italy on my birthday, 12 July. I am thinking Napoli because of my love of pizzas! I hope to see a lot of you on my journey. A beta website is up at www.28countries.com

Are you on a great journey? Please let us know.