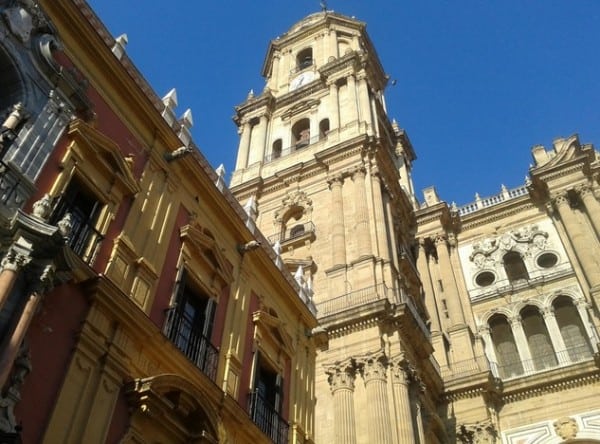 So – there you have it! I have put “´Málaga City” and the “Costa del Sol” in the same title for the first time in my life! The first I have always loved since I came here 24 years ago and the second I have always loathed and given as wide a berth to as possible. I am not a “resort, bling, lager lout or poser” fan!

The reason I have put the two together for the first time is because Málaga has actually taken over from the Costa del Sol in terms of international notoriety.

Everyone knew of the Costa del Sol some 20 years ago (although many, like myself, only spoke of it in disparaging terms). Many of us gave it a miss. On the other hand, Málaga City was tagged by the same label and many gave it a miss too (more fool them). However, suddenly, Málaga City is “in”, “cool”, a “must visit” etc. etc.

Quite rightly too!! I loved it from day one and what an immense joy it has been to have seen it change so much over the years. Long may it keep its “Spanishness”, its ” chic” and its marvellous and “eclectic buzz”.

I find it rather sad that everyone is now jumping on the Málaga bandwagon. Estate Agents from Marbella, Apartment Rental companies from Nerja are now all trying to get an “in” into the city market (one can only assume that their businesses in their own areas are dead). My first piece of advice here is if you are thinking of a Move to Málaga then use a Spanish company and avoid any British/German/Dutch companies’ inevitable foreigners mark up!! I have just seen a one-bedroomed flat sell for 199,000€ in the beautiful historical centre! This would have sold for less than 100,000€ three years ago! Clever money bought three years ago!

Always trust a local!!! Have also seen some dreadful blogs, press articles etc, from infrequent or one-time visitors to the city with rather shameful information in all honesty – a “City of Museums” post just a couple of weeks ago mentioned the Doll’s House Museum – it has been closed for at least three years!! Twitter is working out to be a bit of an “old boys/girls club” in all honesty between journalists and those companies that give them freebies (feel sure it was never meant to be that!). Seen so many journalists recommending only “twitter” friends businesses in their articles!

A self-acclaimed “Spain Travel Expert”, Damian Corrigan claimed Málaga was one of the “Worst Cities in Spain” in this article a couple of years ago. I guess he might be a bit embarrassed to see it now on The Guardian, The Telegraph, the Luxury Travel Guide, Condé Nast Traveler, Frommers Travel Guide, The Rough Guide (and a few others) “hit list” of worldwide destinations that are a MUST visit for 2015!!!

The question is obviously – what has placed the city of Málaga on all these “must visit” lists?

There are many answers – several have always been in existence and others are new.

The city has always had a really beautiful historical centre with stunning architecture. The Cathedral, the Roman Amphitheatre and the Morrish Alcázaba are wonderful examples of this.

Málaga has been a “City of Museums” for several years but only since the opening of the Pompidou centre and the truly magnificent Russian State Art Museum has the label been adopted by the international press. In the last ten years we have had the inauguration of the Picasso Museum, the Carmen Thyssen Museum, the Vintage car Museum, the Crystal and Glass Museum, the CAC (Museum of Contemporary Art), the Interactive Museum of Music (MIMA), the History Museum of Málaga (MUPAM), The Museum of the Artist Felix Revello de Toro, the Museum of the Artist Jorge Rando and the Museum of Popular Art and Customs – they are all gems, believe me!! I have been in every one by the way – at least three or four time (except for the Pompidou which I have only visited once!). I bet no journalist has!! 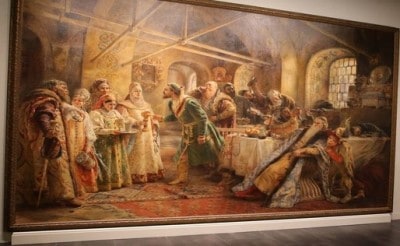 Shall we talk about food and restaurants? This too has placed Málaga firmly on the culinary map. Amazing tapas, and some really excellent restaurants on the scene. You may need to go off the beaten track to find the best (do not just stick to the centre and guide book recommendations!!). I am delighted to be known as the food and tapas expert in the city. Believe me, I have tasted everything, everywhere!! One of the best indoor food markets in Spain too in my opinion!! 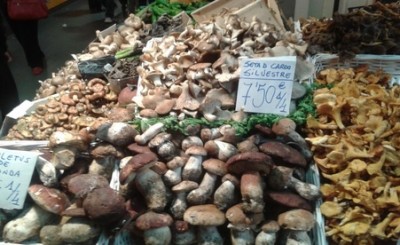 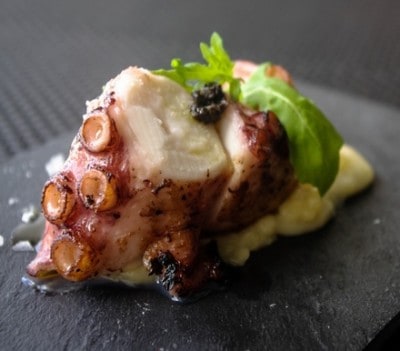 Transport: A truly brilliant high speed train service now connects Málaga to Madrid and Barcelona. A state of the art third airport terminal that is the envy of many a European city. A Metro service that is an ongoing project and a bus service that is simply efficient and so cheap!

So there you have it! My take on Málaga, my love of Málaga – and very proud I am of it too!

Michael Soffe is a Brit who moved to the province of Málaga some 24 years ago. He now owns and runs three very successful businesses in the city (one Spain-wide). He is know as “Mister Malaga” on Facebook and is widely considered as the expert on all things “foodie” in Málaga.

His Tapas tour company is www.tapasinmalaga.com

If you are thinking of getting married in Málaga or Andalucia check out his Wedding Planning company : http://andaluciaweddings.com/