Why Think About Arranging a pre-paid Funeral Plan in Spain?

There are two key reasons for thinking about arranging a pre-paid Funeral Plan in Spain;
Save Money – the price of a pre-paid Funeral Plan is fixed at today’s prices. The cost of funerals has historically risen in excess of normal levels of inflation and this is a trend which is predicted to continue. Buying a Funeral Plan today could result in a significant cost saving at the time of need.
Peace of Mind – at the time of need, everything is arranged with just one call in English. Family and/or friends are spared the emotional burden of organising everything, when they least feel able to cope. No language problems. Just everything arranged to plan.

How Do You Choose the Best Funeral Plan?

What is most important is to select a Funeral Plan Provider who places all funds in a Trust – so that your money is safe. The Trust should also be managed by an Independent Board of Trustees. These Trustees are then obliged to ensure that the Trust will cover the cost of each and every pre-paid funeral, whenever it may occur.

Who Should You Turn To For Advice?

In this way, UK Expatriates can now have access to sufficient information to make an informed decision as to who and what can offer them the best possible Funeral Plan solution in Spain.

For further details about Pre-paid Funeral Plans in Spain, or to make an appointment; 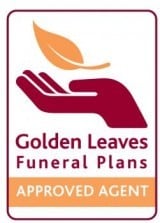