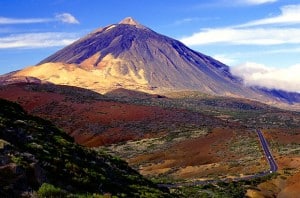 Tenerife is the largest island of the seven Canary Islands. Aside from being the largest, it is also the most populous and touristy island. In fact, thousands of tourists, mostly Germans and British, visit the island each year. The island has become popular because of its astounding beaches and nightlife. Tenerife also houses the largest carnivals, one of which is the Carnival of Santa Cruz de Tenerife.

The island of Tenerife is comprised of 9 cities. These cities include Los Critianos, Costa Adeje, Puerto de la Cruz, Las Americas, La Laguna, Los Gigantes, Santa Cruz de Tenerife, La Orotava, and El Medano. With this number, it’s impossible for one to come in Tenerife and not enjoy even a single day of it.

If you find yourself in this beautiful island of the Canary, there are a lot of things that you can do here. Some of these include:

The highest mountain in Spain, El Teide is one of the things that a visitor can enjoy in Tenerife. A 3,550m cable lift can help you in your ascent. To reach its summit, you must secure first a permit from the National Park Office in Santa Cruz. Reaching the summit is worth all the sore muscles as it provides visitors with an amazing view of the island.

If you’re up for adventure and some physical activity, you can go hiking at Parque Rural de Anaga. You can get information at the visitor’s center in Cruz del Carmen. One of the best spots of the park that you should go and see is the Pico del Ingles viewpoint. It provides a good overview of the island. Other nearby places that you could check out include Taganana, Roque las Bodegas, and the Almaciga.

Visitors who want to commune with nature can do so by visiting the different parks of the island. If you’re an animal lover, you should include Loro Parque Zoo in your checklist. Located outside Puerto de la Cruz, the zoo serves both as animal protection foundation and as an animal park.

Another park worth visiting in the island is the Siam Parque. Opened in 2008, Siam Parque is actually a water park with 2 meter artificial waves and a number of cafes and bars. The park is being owned by the same owners of Loro Parque.

Being the largest of the seven islands, you won’t run out of activities in Tenerife. If you want a surge of adrenaline, then this place is the right one for you. Some of the things you can do here include the different kinds of water sports (scuba diving, surfing, wind surfing), mountain biking, and road biking.

The picturesque views and the beautiful roads of the island make it as one of the leading choices of many cyclists worldwide. Cyclists can choose among the different trails offered by the island. If it’s your first time to do cross-country biking in the island, you can ask for further information regarding the trail from the different guiding business in it. 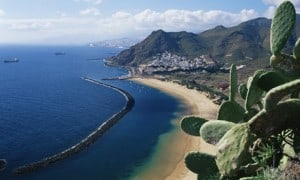 Indeed, there are so many things that you can do in Tenerife. If you want further information, you can check out http://www.simplytenerife.org/