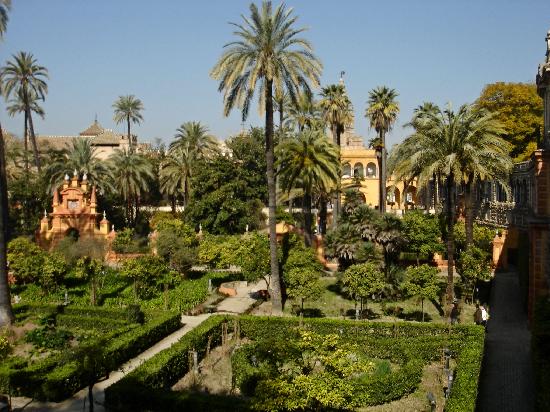 Seville Sevilla – A History of the City

It is believed that the city of Seville was founded in the 9th century B.C. but it was in the period of Roman domination, from the 3rd century B.C. that the city began to acquire importance and its name was Latinized so that it became known as Hispalis. Seville is the usual English form but in Spanish it is always Sevilla. That is why you see Seville Sevilla frequently. After the Roman domination came an era of three centuries of lordship by peoples from northern Europe, first the Vandals, then the Suebi and finally the Visigoths. From 712, the year in which the Moorish invasion of Hispania took place, Seville, together with Cordoba, became one of the most important cities in Western Europe. The Moors gave Seville the name Ishbiliya, which evolved into its present-day name of Seville. The cultural explosion of Al-Andalus (Andalusia) dates from this period thanks to the wealth of Moorish culture. Seville became the main city in the region, in spite of the fact that it depended on the Caliphate of Cordoba. It was the capital of one of the Taifas into which the Muslim Empire was divided, under the power of influential Moorish families. It was during this period that the Giralda (the minaret tower of the mosque) and the Alcázar were built, along with other monuments that remain standing to this day.

In 1228, taking advantage of the decline of the Arab kingdoms, the city was re-conquered by Fernando III, the King of Castile. From this time, a new culture began to bloom in the city, mixing and taking on traces of earlier cultures. Seville experienced its economic and cultural peak from the time of the discovery of America in 1492. From this date, it became the port of departure from Europe to the New World. In the Casa de la Contratación (now known as the Archivo de Indias) trading, scientific and legal transactions with the New World were regulated and controlled. With the influx of trade and the booming economy, great families from the nobility and the world of finance began to settle in Seville, creating the Santa Cruz district around the Casa de la Contratación in an area traditionally occupied by the Jewish and Muslim quarters. One of the most charming places in Seville, it was traditionally inhabited by Jewish merchants and, in the time of growing trade with America, a multitude of mansions were built to be used as residences for noble families and rich merchants. One of the most important of these is the Casa de Pilatos belonging to the family of the Duke and Duchess of Medinaceli, which has become one of the must-see places to visit for travellers arriving in Seville. It was also during this period that the city’s former Grand Mosque became the Metropolitan Cathedral, retaining the tower from the Muslim monument, which has become one of the emblems of the city, the famous Giralda. The minaret corresponding to this type of building was replaced by a bell tower, which has had to be rebuilt on several occasions over the last few centuries due to damage suffered in various earthquakes. One of the city’s most important assets is its river, the Guadalquivir, on the banks of which the city was built. In the port, which became the largest in Europe in its time, is the Torre del Oro, which used to be a warehouse and is now a small museum.

In the 17th, 18th and 19th centuries, the economy suffered a crisis, which went hand in hand with the decline and fall of the Spanish Empire in America. However, culture did not suffer from the same fate and remained alive throughout the period due to the mixture of learning that had taken place during previous centuries. Seville has offered history such great painters as Velásquez (born in Seville, although he did most of his work at the Court of Madrid), Murillo, Valdés Leal or writers such as the poet, Gustavo Adolfo Bécquer. In Seville, there is one of the largest Spanish art galleries, the Museo de Bellas Artes, which as well as housing works by the painters mentioned above, contains altarpieces and paintings collected from convents and palaces that, due to the passage of time, have not survived until the present day.

In the 20th century, the most important events were the 1929 Ibero-American Exhibition and the 1992 Universal Exhibition, which contributed to modernizing a city that had been somewhat left behind in comparison with the more obvious increase in modernity in cities such as Madrid or Barcelona.

It is said of Seville that its beauty lies in both its appearance and its personality, as if it were a woman. To get to know the capital of Andalusia, it is not enough to visit its monuments as a typical tourist, travellers should take a stroll around its streets, enter its shops and sit at a table ‘al fresco’.

One of the best-known Spanish customs is that of tapas. In this region, they take on a special flavour since due to the excellent climate, at practically any time of year travellers can sit outside and enjoy the delights of Andalusian and Spanish cuisine. From among the infinite variety, we would highlight flamenquín, croquetas or gazpacho, and, to share, any bread with cured ham and virgin olive oil, always accompanied by sherry or Spanish wines. My favourite is the tapa known as Piripi, which is only served in the Bodeguita Romero, a bar specialising in tapas near the Seville Bullring, La Maestranza, which dates from the 18th century. It is a small bread roll containing bacon and tomato and accompanied by a garlic sauce that gives it a very special touch.

The strategic location of Seville, 100 Km. from the Atlantic coast, 80 Km. from Jerez, famous for its wines, 200 Km. from the Costa del Sol, 100 Km. from Cordoba and 300 Km. from Granada and the magnificent communications system make this city an ideal base for those who wish to get to know Andalusia and do not want to keep having to change hotel. There is a wide range of properties from basic hostales to the most luxurious hotels anywhere in Spain. Europe’s Famous Hostels have also produced an excellent guide for the budget traveller to Seville which can be downloaded from the Europe’s Famous Hostels website.

Seville is a beautiful city at any time of year, but the best time is undoubtedly spring. This is when the whole city becomes filled with the scent of orange blossom and every corner is decorated for the spring festivals. Holy Week in Seville constitutes a major event of popular fervour in which traditions are kept as if four centuries had not gone by. At this time, each Brotherhood decorates its float and joins the procession with its statues, following the route of penance as far as the cathedral. This is an event that is unique in the world, since it is the opportunity to enjoy priceless works of art in such special surroundings as are the streets of this magical city.

If your thoughts are more on permanently living in or near Seville, there is no shortage of options. The area offers everything from city centre studios and one bed apartments to magnificent detached villas and country properties. Something for everybody. You will be pleased to know that there is a professional English-owned estate agency that can help.For many years, Girasol Homes have been helping people move to the area. They have an intimate knowledge of Seville and the whole of Andalucia. They will be able to help you at every stage of the buying process.