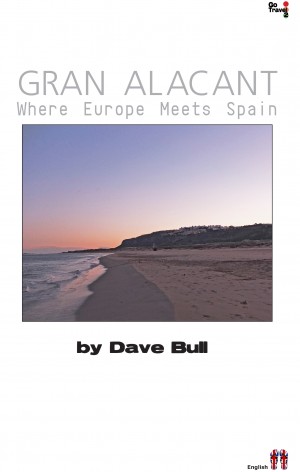 Gran Alacant. An area, a part of a Spanish town called Santa Pola. And more and more a living together of Spanish and foreign residents. Dave Bull, more than a decade living and working in Spain, is writing about it in his new book ‘Gran Alacant – where Europe Meets Spain’. Having recently spent a lot of time travelling around Spain , he is now describing all the facilities Gran Alacant has to offer to youngsters, sports enthusiasts and elderly people, of course in his own unique style.

The location of Gran Alacant – near the El Altet airport of Alicante and close to Elche, is certainly attracting people from all over the word and they are almost certain of having a nice and pleasant stay. For some of them it is the beginning of an expat life in Spain, just like Dave experienced in the early years of Gran Alacant. While I was setting up a website called “Gran Alacant Plaza”, Dave started publishing one of the most successful magazines in the area, nowadays well known as “All Abroad”. His wilfulness brought him to recurrent heights and that is one reason I love the writings of Dave Bull. After writing down his funny experiences as an expat in “This is it…” Dave now decided to carry out his true feelings for Gran Alacant, El Faro, El Clot de Galvany, las Dunas del Carabassi, Tabarca and last but not least the cities in the neighbourhood. This book is a essential guide to all the facilities in Gran Alacant and a must for anyone dedicated to her surroundings. Hans Hamers Founder of Gran Alacant Plaza www.granalacantplaza.eu