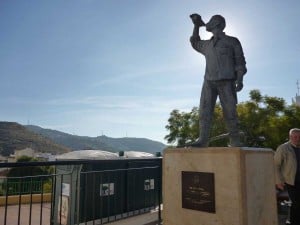 Torrox is a municipality in the Axarquia region of Spain found on the eastern end of the Costa del Sol. It’s claimed to have the best climate in Europe with average annual temperatures of 18.2 degrees thanks to its insulation from cold northern air by the Sierra Almijara mountain range and the warm Mediterranean that it just 4km away from the village of Torrox. This mild climate means that it’s perfectly situated for agriculture. Amongst its principle crops you’ll find tropical fruits such as mangos, avocados, loquats and chirimoyas or custard apples.

Throughout the history of the town, which dates back to Roman times, agriculture has been the principle industry however like many areas in the region the last 50 years have seen an explosion of tourism and brought with it a whole new industry allowing the municipality to flourish like never before. The result of this has been the development of Torrox Costa which lies on the coast and is noticeably detached from the white walled village which lies 120m above sea level. Indeed, Torrox is very much a town of two halves, the village providing the picture postcard Moorish streets that many tourists will expect from the region whilst the coast a more modern and international vibe.

The registered population of Torrox is approximately 17,000, with the majority choosing to live in Torrox Costa. The municipality is very popular with Spanish tourists in the summer but is also home to one of the largest German populations in Spain, many of which have chosen to live out their retirement here. Like most areas of the Costa del Sol, you’ll still find many British expats here too and an increasing number of Scandinavians.