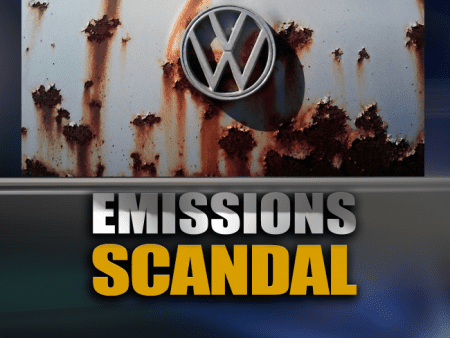 USEFUL INFORMATION FOR EU CONSUMERS: THE VOLKSWAGEN EMISSIONS SCANDAL AND THE RIGHT TO SEEK FINANCIAL COMPENSATION IN SPAIN.

As you might probably know by now, Volkswagen has recently announced plans to recall and refit up to 11m affected vehicles worldwide. Globally, 11m Volkswagen diesel cars and 2.1m Audis have been identified as carrying the emissions control-manipulating software in their engines. Just how many cars may be affected in Spain is not yet known, but Spanish prosecutors have already called on the National Court to open a probe of Volkswagen for possible fraud and environmental offences in connection with the emissions scandal at the German automaker. The prosecutors were acting on complaints filed by the Spanish anti-corruption group “Manos Limpias” (Clean Hands).
Independently from facing criminal responsibility for the offences mentioned, Volkswagen has also seriously breached both Spanish as well as the European consumer law, by fitting vehicles with devices designed to disguise the amount of emissions produced, in order to trick owners into believing the cars were cleaner than they actually were.

The scam has left thousands of customers bewildered and upset about the deception. Bear in mind that it is not just the financial impact on the resale value of their vehicles what is at stake, but also the fact that the brand VW has taken unfair advantage of their own clients breaching their trust by misrepresenting the product sold. As a result, it is going to be really difficult for anybody who has bought one of these faulty vehicles to resell it now with such an inherent defect built into it.

We are glad to inform all our readers that we are being recently approached by a significant number of people affected by this serious problem, and we are currently preparing to launch several actions in punitive damages against the company, (both class actions as well as individual private lawsuits).

Therefore, for those of you who might be interested, we would like,if we may, to take this opportunity to briefly clarify some of the most frequent questions and doubts posed by our clients regarding this important matter:

Question 1º) What is the VW defeat device? How much more emissions do these manipulated engines produce?
In a nutshell, the cheat is merely several lines of software code in the computer that controls a Volkswagen’s engine and exhaust systems. It is estimated that affected engines produce in reality around 10 to 40 times more emissions than the cheating software device declare.

Question 2º) how can I find out if my vehicle is affected?
The Group Volkswagen offers a free number in Spain (900 180 361) as well as the following on-line link: http://info.volkswagen.com/es/es/home.html?tab=check-own-car

Question 3º) Can I keep driving the car? Can the vehicle be confiscated or fined by the traffic authorities? Will the car pass the inspection?

If you own one of these vehicles, you can safely continue driving it and as far as we know, cars will not be confiscated, seized or fined by the authorities. However, the problem lies with the ITV, as one of the main objectives of the ITV inspection is to ensure the vehicle meets the minimum requirements of environmental protection, so it is likely that your car will not pass inspection.

Question 4º) Can I remove the defeat device by myself?
No. The cheating device is inserted deeply into the internal vehicle’s computer framework system that controls both the software and the engine of the car. If you do that, you will also lose all possibility to claim compensation against the company.

Question 5º) If I receive a letter or phone call from my VW dealer, should I take the vehicle to any VW Service centre?

We do not advise you to do that. In fact, given the intentional nature of the fraud, it is hard to believe the company’s promise that the problem will be easily mended just by simply removing the cheating device from the car. We gravely doubt it. What kind of credibility can the company offer now to their own betrayed customers?
Remember the old saying: “once a cheater, always a cheater”.

Moreover, if the emissions failures were easily fixable, Volkswagen would have had no need to install the cheating device and defraud the EPA for the last six years. But supposing just for the sake of the argument that the defeat device could be indeed safely removed, there is not guarantee at all, that possible long-term hidden internal damage to those vehicles might still remain.

Finally, remember that if the device is removed, the company will surely ask you to sign a disclaimer letter, losing consequently all possibility to claim compensation against the company.

Question 6º) Do I qualify for compensation? If so, what compensation can I expect?
ABSOLUTELY YES. As a matter of fact, there is a wide variety of Volkswagen’s owners who have indeed a very strong legal case against the company, like for instance; drivers who drive thousands of Km each year (so it is vital to them to choose an eco-friendly car), car dealerships, asthma sufferers, and/or shareholders, who have seen the value of their shares plunged.

In short, claims will include compensation for falling values of second-hand VW cars, and refunds for customers who paid extra for cars they thought were better for the environment, etc. Be reassured that in all these cases mentioned, the actual damages to be claimed from the company will be pretty significant and it many instances, the compensation will even amount to the full refund of all the money paid for the faulty vehicle, or alternatively to the delivery of a brand new car.

Moreover, do not forget that at the event of a lawsuit, the company has already admitted guilt, so the burden of the proof would be in favour of the affected consumer, increasing dramatically the chances of winning the case.

Question 7º) would it be feasible to try reaching a reasonable “out of court settlement”, that might avoid entering into litigation with the company? (i.e by accepting the so-called “goodwill package” by VW).
Please be very careful to any documents you might be asked to sign with regards to any possible “Goodwill Package” or similar offer made by the company. As litigators Solicitors, we believe that the decision as to engage into litigation must not be taken lightly. Therefore, we are always mindful of alternative ways of settling disputes if possible, as it will be in our client’s best interests to pursue a satisfactory out of court settlement without litigation if possible. Subsequently, we will always be happy to discuss all the available choices with you, and obviously, at the end of the day, the decision whether to accept any offer the company makes to you is entirely yours. However, if despite all efforts, legal proceedings might have to be finally issued as a step of last resort, we would continue to bear in mind the benefits of reaching a satisfactory out of court settlement with Volkswagen before trial.

Question 8º) Is there any statute of limitations applicable on a claim like this?
According to the Spanish law, the action for annulment must be initiated within four years the fraud was discovered. This period shall begin to count from Sept. 18, 2015.

Question 9º) Is it compulsory to join the claim only through a class action?
Not at all. There are undoubtedly significant benefits of joining our class action, as many claimants will share very related interests in the lawsuit. Subsequently, it can be a cost effective way to secure a suitable remedy for large groups of individuals who suffered similar harms, as they would be able to obtain analogous recoveries in the case.

However, regarding this particular case, a lawsuit filed by a private litigant will also be an effective way to obtain redress, because rather than receiving generalized relief, an individual plaintiff can potentially get a higher compensation. Likewise, the individual lawsuit would have the advantage of being uniquely crafted to the circumstances of each particular individual’s case.

Question 10º) If I decide to go ahead, Why should I choose “Ricor Abogados&Solicitors”? What are the next steps?
Firstly, We are probably one the most experienced and reliable Law Firm in the Costa Blanca area, and we are specialized in all kind of consumer legal disputes and secondly, we have indeed won many lawsuits for consumers over the past few years. Be reassured that we will fight for your interests as a consumer in the most professional and strongest way possible.

Therefore in case you believe that you might be affected by this serious problem, please do not hesitate to contact us preferably by e-mail at ricorsolicitors@yahoo.co.uk and we will be delighted to inform you in more detail about the paperwork required, as well as the advisable tailored legal strategy in your case, approximate timetable and likely costs involved.

We hope this information is useful and should you have any additional question about this or other legal matter, please visit our website: www.ricorabogados.com

Thank you very much for your attention and permanent support and we look forward to helping you! 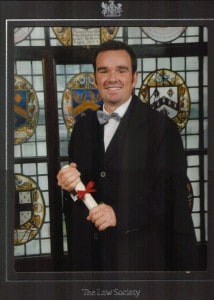