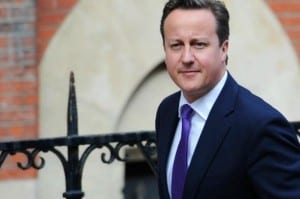 Like many British families looking for some April sunshine, David Cameron and his family spent the Easter holidays on the ever-sunny Canary Island of Lanzarote. They settled on Playa Blanca, a well-known upmarket area comprising mostly self-catering accommodation at the southern tip of the island, as their holiday destination of choice.

The arrival of the prime minister is yet another sign of Lanzarote´s growing popularity among Brits. Lanzarote´s Arrecife airport saw arrivals up by nearly a quarter for January and February, with more than 320,000 foreign tourists visiting the island during the first two months of the year.

The positive trend follows an excellent year in for Spain in 2013 with the country seeing record
levels of spending. According to the Industry, Energy and Tourism ministry, the Iberian country received some €59.08 billion from record numbers of tourists during 2013 – an increase of 9.6% on the previous year. Lanzarote, meanwhile, achieved its best tourist figures in over a decade.

The British – Lanzarote’s largest and most well-established market – accounted for almost half of all arrivals during January and February. The trend has certainly not gone unnoticed by those running the island’s resorts.

Gil Summers, Co-founder of Sun Park Living, a Summers´ Villages private gated apartment resort dedicated exclusively to active over 50s on Lanzarote, has witnessed a huge increase of visitors or ‘Sun Rockers’ as they are fondly referred to, at the resort this winter.

“At Sun Park Living, our Sun Rockers community in Playa Blanca, we welcome a high number of British guests. Low cost airlines such as Ryanair have recognised the year round popularity of this destination, recently ferrying the British prime minister from Stansted to Arrecife International Airport. Monarch and First Choice have also expanded their flight routes, meaning that getting from the UK to our beautiful island has never been easier!

“According to the Sunday Times, the Camerons chose an exclusive yoga resort offering massages and reiki on tap. Here at Sun Park Living we have yoga enthusiasts of all ages engaging in exercise for the mind and body in the sunshine on the beach – a far cry from a sweaty English village hall! The prime minster is just a few years off being 50 and this is the perfect exclusive resort for active individuals of that age to get away from the stresses of life.”

After a fully booked 2013/14 winter season, Gil expects to be full for the 2014/15 winter once again, so why not take advantage of the summer sun to experience Sun Park Living for a few days, with view of securing a longer stay over winter?

If you are semi or fully retired, over 50 and looking to meet like-minded people on sunnier shores, you are eligible to become a ‘Sun Rocker’ today, for the affordable year-round rate of €625 for each four-week (28 day) stay.

Alternatively, if you are thinking of visiting Sun Park Living for the first time to see if the village lifestyle is for you, take advantage of the Taster Week rate of just €250. 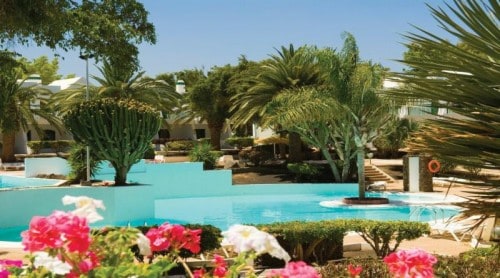