Alicante54Cards will be a guide with the complete CULTURAL OFFERING of Alicante, as well as being a DECK of 54 CARDS.

Our intention with Alicante54Cards is that the visitors and tourists to Alicante get to know the history, the museums, the architecture, the beaches, the walks and tours in and around the city.

Furthermore they will be able to benefit from impressive discounts in Amusement Parks, such as Terra Natura, in sports clubs, such as Lucentum CB and Alicante Golf, in shops and especially in the best restaurants favoured by the locals.

The guide is designed using 54 playing cards, with French (or American) style cards, which also allows a good game of Black Jack or Poker. Alicante54Cards will come in a closed box containing a city map, maps of the tramway and the TuriBus, as well as information on other modes of transport. There will also be information on how to access the WLAN system of the city. Furthermore a QR code is included, which allow users to consult all the information of the Alicante54Cards on a mobile device.

Through meetings with friends, conversations with tourists and also studies recently conducted by the city we discovered that even the inhabitants of the province of Alicante were unaware of many of the cultural attractions that the city and its province offer other than the magnificent beaches. From our investigations we also found that there was a demand by tourists of a certain type of guide, which in many cases couldn’t be satisfied, especially when it was in a language other than Spanish.

After our small, self-conducted market study, we concluded that there is a lack of publications with updated cultural and commercial information for inhabitants of the city and less so for the tourists coming into Alicante.

What is our target group?

All visitors, tourists and even of citizens of the city and inhabitants of the province who want to discover this extraordinary Mediterranean city and not just its fantastic beaches.

The price will be 11,95€, affordable for everyone and including discounts with a value of almost 600€.

Currently we are looking for funding for this project and we hope that you may be interested enough to become involved.

How much do we need?

Our total Budget to complete this project is 15.000€

WE VERY MUCH HOPE, THAT YOU LIKE OUR PROJECT AND WILL HELP US TO COMPLETE IT 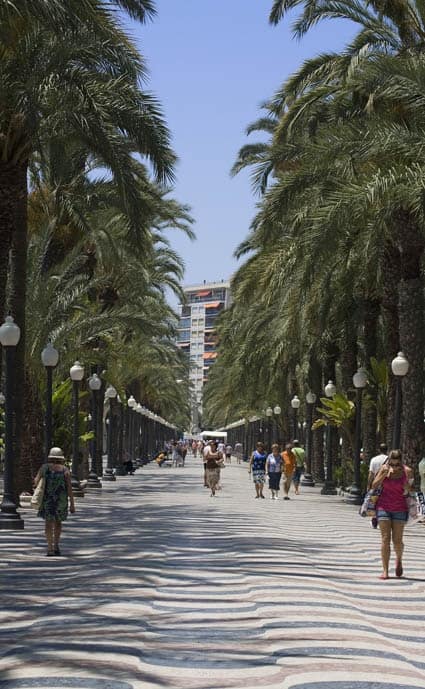