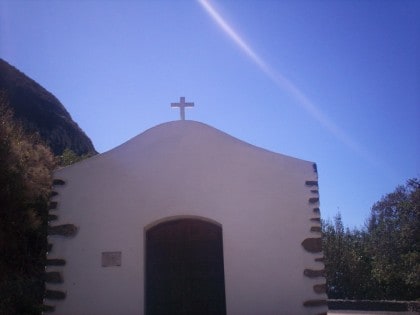 In early September, I went on to a press trip to La Gomera. The Independent commissioned me to discover the extent of the island’s recovery from its recent forest fires, which resulted in the following article. And so early one September morning I found myself on a CanaryFly flight from LPA to GMZ; on a plane that held 30 passengers but, because only four others were travelling, resembled a private jet even more than it normally did.

Waiting for me at the other end was Fernando Mendéz, La Gomera’s tourism chief. A former teacher, the suave, urbane Mendéz was a man on a mission: a damage-limitation one. He told me of his upcoming plans to visit Germany as some tour operators there had threatened to pull La Gomera from their 2013 brochures claiming it was unsafe to go. As I would discover, in my forays into the island’s interior, the German market’s key to La Gomera as the vast majority of hikers I encountered hailed from there.

Our first stop, however, was my hotel for the duration of the stay: the stylishly simple, nay simply stylish, Parador de la Gomera in the island’s capital, San Sebastián. After dropping off my luggage in my room, we made our way to the hotel’s garden and a breakfast meet with Javier Seíjas , the local firefighting services’ chief.

The last major forest fires on the island in 1984 had resulted in 20 lives being lost; but the latest one had seen no human victims. Why? Seíjas reveals that back in ’84 he was recruiting volunteers from the beaches but now the firefighting services were a much more professional operation.
Another smooth operator was my next interviewee: Ángel Fernandez, Director Conservador del Parque Nacional de Garajonay. When I told him I’d heard that cypresses hadn’t burned in fires on mainland Spain, he anticipated my question with an answer that cut me back down to size: “No, of course we’re not going to plant cypresses. Our national park is 11 million years old. We might not even have to do much replanting.” All delivered in perfect English, to make me feel even more insignificant.

The rest of my three-day stay was taken up with visits to the Garajonay National Park itself, sampling local wine, and talking to local potters in Chipude. I could have written a book about my travels, but at least managed to convince The Independent’s travel editor to up my word count from 900 to 1,250 words. Still I couldn’t find space for my favourite spot on the island, Agulo. This place had the most stunningly-set cemetery I’ve ever seen, offering a view that’s, in my humble opinion, frankly wasted on the dead.

Neither did I include the anecdote of the journalist becoming the story as I was interviewed by a local TV station. Following the interview, Mendéz would stop introducing me as people would interrupt him with, “We know who he is, Fernando. We saw him on the telly earlier.” And I even had to miss out bigging up my tour of the island’s other major hotel, the Hotel Jardin Tecina.

I left exhausted, particularly as during all my adventures I was furiously trying to get everything down in my trusty notebook. If only my scrawled writing didn’t resemble a doctor’s so much. Much screwing up of eyes made the transcription an even more onerous task. Thankfully, the memory of my incredible journey on La Gomera burned bright to guide me to write an almost advert for the island. Paradise lost? Paradise found more like. 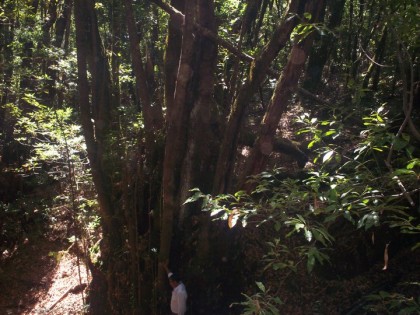