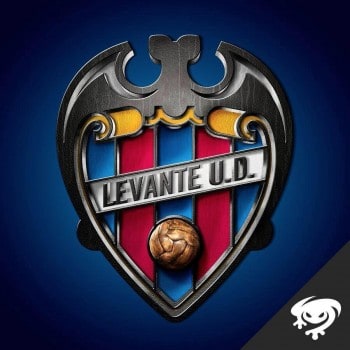 Well, actually it’s a bit “Day Five and a half” as this is written the day after the Levante UD v RCD Espanyol game. I have now had time to take it all in. First thing to say is how much I enjoyed the game. This was my first visit inside the Ciutat de València stadium and I was impressed with the atmosphere and the the noise that both sets of fans made. Both sets? Yes, there was a small (200?) but very noisy contingent who had made the four hour journey from Catalonia who sang, chanted and danced for the whole 90 minutes. It was a pleasant spring evening and everybody seemed to be in a party mood. The stadium was probably 75% full thanks, in part, to some innovative promotions from the local club. Espanyol took the lead after 17 minutes but Levante were back in the game within five minutes but from there on it was pretty much Espanyol. They scored a sucker goal just before the break and took control of most of the second half. With three minutes left, Víctor Casadesús snatched an equaliser and the stadium went crazy. Well, the people within the stadium did to be more precise!In fact, Levante had a couple of chances before the ref blew his whistle to have snatched an unlikely win. So, a priceless point for the home side but that Catalans must have thought that they blew to points. Sergio García was disappointing for them as he is capable of much more. So, the relegation trap-door is still ajar but after that bad defeat at the Mestalla I am sure a point was welcomed. Full details of the game in Spanish here and on the Levante UD website. Next weekend they are off to Getafe who will not make it easy for the east-coast side.

From live football it was back to televised football and I watched the Barcelona game in two bars full of Valencia fans. I did one half in each. Suarez scored in the first minute, Messi in the last and Valencia had most of what happened in between! It could easily have been 3-1 for the chés but they wasted chance after chance. It looked a beautiful spring day in Catalonia with a huge crowd to witness Messi’s 400th goal. That’s an incredible figure and one can only wonder what levels he would have achieved in a great club like Real Madrid, Manchester United or Gillingham! So, they stay ahead of Real Madrid who have a massive battle against Málaga to stay close to the Catalans tonight, !!Hala Madrid y Nada Más!! 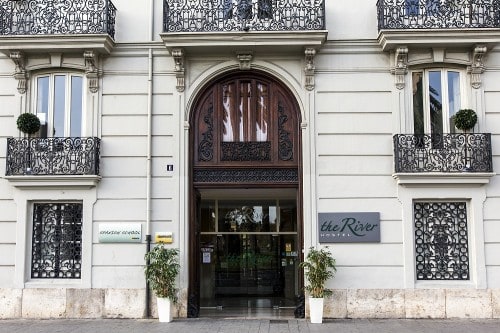 A long time friend, Peter Redrin, heard that I was in Valencia and reminded me that he is setting an expats club here. I quote,”Expats Club Valencia” is a social membership club for all international people living in Valencia or just love the region. Post questions, local information or commercials for your business here. Join as member free of charge here. We will launch an internet based membership platform during 2015 with a high value for you guys, free of charge. Stay tuned for more news!” Peter does not do things by half so I am sure that it will be a huge success. Good like, amigo.

Yesterday was also the day to move on. I enjoyed my days at Valenciaflats but I was keen to check out other options rather than just luxuriate in their comfy bed or spend too much time in the power shower! For my last few days in Valencia I chose the River Hostel which had come on a very strong recommendation. This is a very interesting hostel and will break your ideas of what a “hostel” is. To start with it’s in a magnificent listed, historical building and if you are anything like me you will wonder what great business or affairs of state have been conducted here. What separates this hostel from many others is the range of accommodation that is available. There are traditional large rooms with many bunk beds but The River also has an entire floor with private rooms only. That floor is always very quite, I have found …..with BLISTERING wifi!! The hostel is absolutely perfectly located in the historical part of the city on one side of the dry river bed that is the lung of the city. It is 15 minutes walk to the BIOPARC and the same distance to the railway station, the Mestalla stadium and to the City of Arts and Sciences city. It’s even less to the bus station and just 4 minutes on foot to the cathedral. To learn more or to book direct with no agency commissions click here.