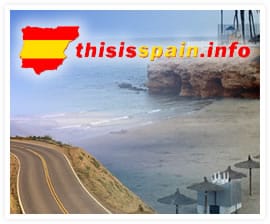 On the 10th February  Steve Hall the owner of www.ThisIsSpain.info started off on a 90 day virtual tour of Spain.

Yes, a virtual tour where normally he will be viewing the four corners of Spain through the eyes of local hosts and writers. It will be a digital tour of Spain for both Steve and the visitors to www.ThisIsSpain.info. He will be shown what is the very best of Spain and what makes Spain unique. He will be “staying in” favourite but modest hostels in Málaga and magnificent hotels in Mallorca and Ronda. He will take a look at some of the most exquisite properties on sale as well as the most stunning sunsets and mountainscapes through words, images and video. He will “mingle” with the tourists in Benalmádena and the locals in Arribes. He will “catch” trains and boats and trains and, no doubt, a few ALSA buses. His partners along the way will be the ladies of Costa Women who are “partners” for the tour. Normally he will be “driving” in the car kindly supplied by Coys of Torrevieja for the journey.

The journey started on the tenth of February in Mallorca with his friend Vicki McLeod and then from there to Ibiza. A few days later he will return to the mainland and spend time with his friend Keith Nicol in Torrevieja where he lived for many years. He will shoot down into Murcia and Andalucia before he is back to Alicante and then amble up the coast to Denia, Jávea before he arrives at Spain’s third city, Valencia. After a few days in Barcelona it’s off to Bilbao to do a virtual Camino del Norte. That will be punishing (!)so next it’s “Rest and Recreation” on the Canaries for a week before he “returns” to Valladolid with Jennifer Riggins. She will see him on his way to Madrid where he will be “based” for the last week or so as he enjoys one or two day trips to places like Salamanca, Toledo and Ciudad Real. Steve is famed for his staple diet of pizza (the food of the gods) and coffee (the drink of the gods) so people like Annie B and Keef will, no doubt, help him to understand the finer points of Spanish cuisine. 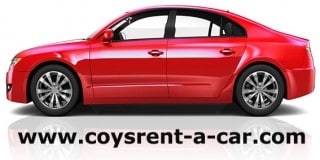 So, what is this journey? Why is he doing it?

A dozen reasons, I am told. Something of a homage to Spain, a pilgrimage to Spain, if you like. He has lived here 15 years and is embarrassed that there are still provinces he does not “know” despite spending a lot of these years, “on the road”. Equally over that period he has met hundreds of ebuddies who he would love to meet. (I wonder how many know how deaf he is!) He is active in a writers’ group and he would like to spotlight their work. He is also planning to walk the Camino del Norte once an injury clears so this will be great preparation. Most of all he hopes that you the reader of this blog enjoys this 90 day tour of the Kingdom of Spain.

Please follow him as he travels his journey through Spain. The journey will be charted daily on www.thisisspain.info and will be shared on Facebook, Twitter, LinkedIn, G+, Pinterest, Instagram, Empire Avenue and many other social media channels. Obviously, this makes it a great opportunity for Tourist Information Centres, town councils, travel companies and even commercial entities to become involved. Please, shout if you have any suggestions.

In 2010 Steve did a similar journey but this time on cycle and “In Real Life” as he cycled around the United Kingdom to raise awareness for the United Nations High Commission for Refugees. This was a journey of four months and 5000 kilometers. This tour of Spain looks a little easier!