I had another busy day planned but for most of Valencia it was a holiday and the last day of the puente (long weekend) Yes, the city had come to a close in honour of Sant Vincent Ferrer. There were many locals dressed elegantly and as I walked around town I seemed to bump into some procession on every street corner. Others were just enjoying the sun. 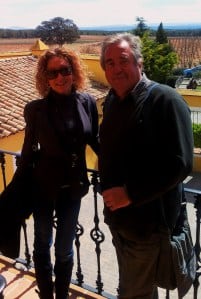 I had agreed to meet Riki Wigley from the UK and his valenciana work parter Marian Darás at the wine fair and it was a very pleasant and informative meeting. Riki came to Spain 11 years ago and fell in love with the local food and wine. They felt that there was not enough being done to promote the products and determined to put that right. Now they organise multiple wine-tastings, bodega visits and they write comprehensively about the best of the best of Valencian food. I questioned this and asked whether he meant Spanish produce and he made it very clear that their interest was only in supporting local Valencian wines and food. It was a fascinating discussion. I am always fascinated when people talk with both deep knowledge and obvious passion. The fair itself was a huge success. It was PACKED! You buy a ticket for just 10 euros and for that you get to taste four different wines/beers and four different local foods. Outstanding value – even though my four drinks were different Slush Puppy and waters! The gods were looking down on me and there was pizza! Had some great goat’s cheese from “La Horta”. It had been four long days for them but I am sure the success kept them going for the last few hours. I will definitely put this in my diary for next year. I wish them every success. 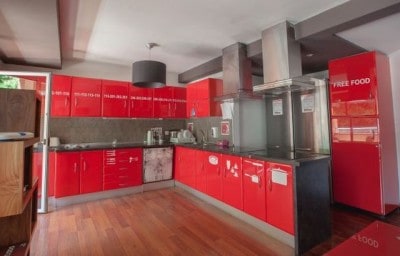 The Valencia Flats apartments I am staying in are only a few minutes away from Jardín del Túria and fresh with my new-found knowledge of food, I bought a pizza to cook back at the apartment. The kitchen is huge and has every conceivable gadget available to the guests. I could not recognise half of them but am sure that the chefs among you would be delighted to find a veritable arsenal of knives, ladles, graters etc. Anyway, I had a delightful pizza before the time came to set off for Valencia CF v Levante UD.

I suppose like all true football fans in Spain, I have always had a soft spot for Valencia. They must get the vote for the most badly run club in La Liga. You only need to look at the number of world-class players that have been allowed to leave (often a ridiculously low amounts) to know that all is not right. Mata, Villa, Cazorla, Silva, Tino Costa, Mathieu, Aduriz, Joaquín. were just a few of the players who left …..and questions were asked but no answers came. The club acquired OBSCENE debts, often because they often hideously over-paid on “average” players and when a manager started to really get a team together, the directors waded in and off went quality managers like Rafa, Quique Sánchez Flores and Emery etc! I could write for weeks about the folly of the new stadium and all the shenanigans with banks, city councils an mysterious off-shore companies but let’s try to be positive. They are doing well in La Liga an let’s hope that the new owner, Peter Lim creates some stability.

As for the match, it was a local derby against the much more humble Levante UD club. Local derbies always have a little “extra” and this game was no different except that two sets of fans did not show the same animosity as West Ham/Millwall or Rangers/Celtic. Levante have always given me the impression that they are happy just to be in La Liga and that they always give off their best and that they are working to run the club on a sound financial footing. Sadly, although all football is great, this was “only” great. Two goals killed the game by half-time and a 93rd minute special from Negredo sealed the victory for the home club. Levante were, bluntly, poor and really did not contribute much. In typical Levante style, their manager Lucas Alcaraz pretty much admitted that. Still to misquote, “Any football, is good football baby”, I enjoyed the game

So, with that, it was a short walk back to the apartment again to plan the next day.