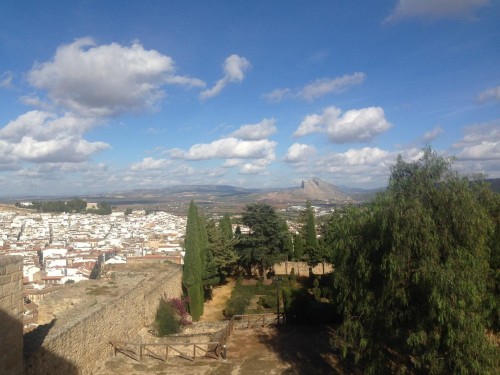 The hidden secrets of the centre of Andalucia – Antequera

Overlooked by tourists to the Costa del Sol in favour of the sea and sand of the coast, and shunned by those looking for cultural insights on their way to Cordoba or Granada, they don’t know what they are missing.

To start with, Antequera is the geographical centre of the large region that is Andalucia, making it an ideal base from which to explore the surrounding area (Cordoba, Granada, Seville and Malaga are all within about an hour of this inland town). 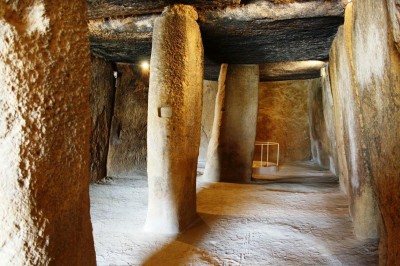 As a town itself, Antequera also has plenty to offer, and much more than meets the eye. Here visitors not only go on a tour of the sites, they go on a tour through history. This time travel begins with the prehistoric site of the Dolmens, created thousands of years ago and still standing today. With free entry, it is well worth the visit, and well worth the visit to these unusual buildings created by early man (a candidate for a World Heritage Site by UNESCO, which would be the first in Malaga). The Roman times are also represented, with remains of a city wall and Roman baths, and the exquisite find in the past decade of the bronze statue of a young man, an ephebe, now housed in the Antequera museum (where many more items of historical interest can be found). 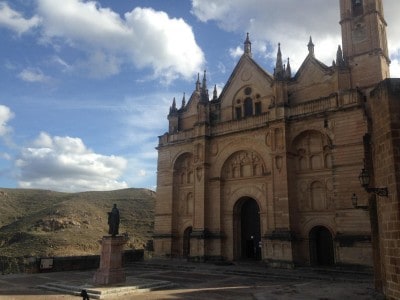 The familiar story of the conflict of the Moors and the Christians that haunts Andalucia is also present in Antequera, from the Romeo and Juliet style legend surrounding the nearby mountain, to the Alcazaba fortress high on the hill protecting the town. In contrast to this Moorish construction, sitting next to it is the Royal Collegiate Church of Santa María la Mayor, which, despite the Gothic influences that are still visible, was the first Renaissance building in Andalucia. It has an extremely impressive exterior, and the interior, no longer used for worship, is now a space used for events and visitors. 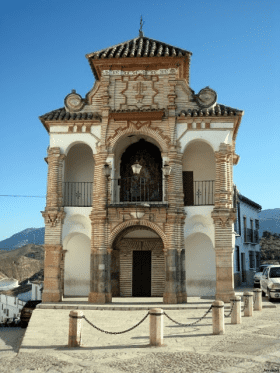 Antequera, with 33 churches, means that it is the town in Spain with the greatest number of these religious buildings per inhabitant, and this is reflected in the ardent celebrations year round, but especially so at Easter week – Semana Santa. This is where the brotherhoods not only participate in processions with heavy, elaborately decorated thrones, they also run with these thrones up some of the steep streets of the town, thus taking their dedication to another level. 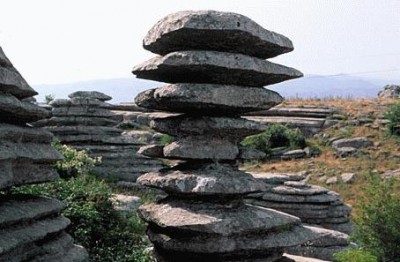 The surroundings of Antequera, positioned high in the hills (which means high temperatures in the summer, and very low in the winter) are ideal for nature lovers. The karst landscape of El Torcal, a haven for geologists, walkers, climbers and stargazers, is located close by. This is an area of limestone rock, dating back to the Jurassic age which is now a dedicated nature reserve covering 17 square kilometres at over 1000 metres altitude (the highest point being 1,336m). A series of fractures, dissolution and erosions over the years have led to the unique layers of rock that can be seen here, inspiring many people to liken it to a ‘moonscape’. In amongst the rock formations, there are walking routes enjoyed by people of all fitness and ages, spotting flora and fauna on the way, and at night-time visitors can marvel at the clarity of the skies due to the lack of pollution from the lights and air from the city. The visitor centre offers guided tours and night visits to the astronomical observatory.

Also nearby is the Laguna de Fuente de Piedra, a lake of nearly 1,500 hectares, which is home to the second largest colony of flamingos in Europe (the largest in the Iberian Peninsula). It is an ideal spot for bird watching or simply going for a walk, with olive trees and crops surrounding the peaceful lake.

Finally, the gastronomy of Antequera is also a high spot – with prize winning olive oil from the area of Fuente de Piedra being an ideal accompaniment to the mollete (a soft white bread roll), labelled as ‘denominacion de origen’ and unique to Antequera. For places to eat, nobody would be disappointed at the restaurant Arte de Cozina which is receiving high critical acclaim; Reina Restaurante, with excellent quality food from a family run establishment; or Caserio San Benito, offering traditional cuisine in a building that has been restored to be exactly like it was in the 18th century, and where customers can also visit a museum with unusual artefacts from the past century.

At only 1 hour from the vibrant capital of the region, Malaga, and with easy access by train (including the high speed train AVE) and road (the new AP46 motorway cuts through the mountains to the coast in record time) Antequera should be on everyone’s itineraries of places to visit in Andalucia.