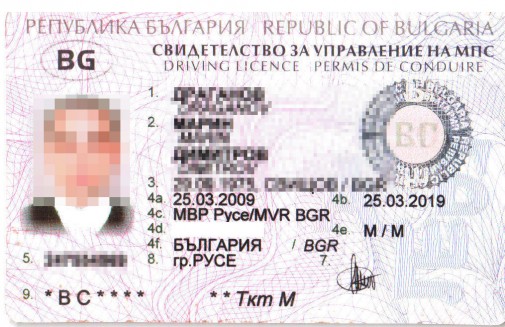 In order to clarify some of the confusion which has arisen over foreign residents in Spain changing their driving license for a Spanish one, the DGT has issued an instruction which details the obligations of both drivers and law enforcers in dealing with the issue.

Firstly, if your license has an indefinite date, or more than 15 years validity and you were legally resident in Spain before January 19, 2013, you should have already renewed your driving license. If you only became resident after that date, you have until 2 years from your date of residency to renew.

Secondly, if your license has expired or is due to expire, you must renew it in your country of residence, in other words, if you are a resident in Spain, your current license, once it expires, must be renewed in Spain.
Perhaps also important is the fact that Spain has adopted a transitional period in which those drivers who are resident must comply, on account of there being so many foreigners living in the country. No sanctions of fines would be issued before January 1, 2016, to allow drivers sufficient time to renew their license.

However, if a driver is stopped by traffic police and is found to be in violation of the rule and has not renewed their license and exchanged it for a Spanish equivalent, then their details would be recorded and forwarded to the DGT, where details would be added to the central computer system, so that if the driver is stopped again and is found still to have not changed their license within a six month period, and after the enforcement date of January 1, 2016, then sanctions would become applicable and a 200 euro fine would be issued. There will be leniency if the driver can prove that an appointment has been made and is due in which the renewal is scheduled if it is beyond the six month or final date period.

The driver, when stopped in the first instance, will also be given an information sheet, in Spanish, detailing the reasons why the license must be renewed, and the procedure for doing so. If there is any doubt as to the residency status of the driver, the law enforcers will still record their details and send them to the traffic department to investigate the official status of the driver in question.

The text above is a summary of the instruction provided by the N332 group on Facebook. You can follow them for more information relating to driving in Spain by searching “N332”. The full text, in Spanish, is also available on the website, n332.es, who have also provided a translation of the most important elements in English in more detail.

The full article is available here or search “driving license renewal” at n332.es