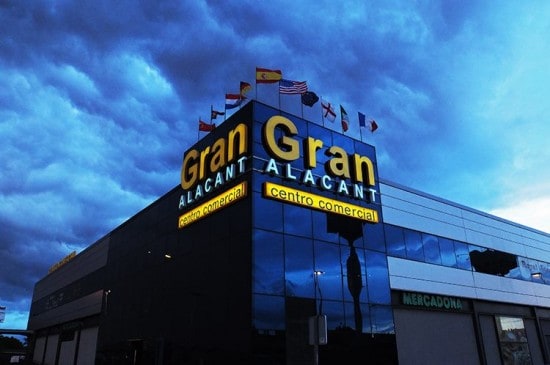 Gran Alacant is one of those few places where old Spain blends with modern Europe; the hill is home to a wide range of Europeans (other nations are well represented too amongst the populace but Europeans (especially The British) make up more than 50% of its current population meaning that the area is a cosmopolitan mix of people, shops, bars and businesses unlike most places in Spain.

In 2001 the boom started in Gran Alacant and the ‘hill’ began to fill very quickly with foreigners, Spanish residents and holiday makers ready to take their place in the sun and following on from the those early homes all of a sudden many more urbanisations were being completed, and all of them (bar none) sold out well before they were actually built.

Although some may describe Gran Alacant as a ‘modern’ area it has some history too and established urbanisations – as well as the more recently built ones – offer fantastic views, especially at night. The bay of Alicante is like a flame to a moth for many (especially if you find yourself in one of the rooftop bars overlooking the city) and Elche and Santa Pola offer an attractive and alternative view too.

Along with a good aspect from one window or another (or the terrace), most properties in the area have access to a modern swimming pool that are be well-maintained throughout the year (some have tennis/football pitch too) for residents.

Closed urbanisations offer great security if you have little ones running around and all swimming pools have a gate to keep them in the complex and your eye safely upon them or if hitting the beach is your choice then you will be spoilt for choice as Gran Alacant has some of the best beaches available on the Coast and if you include Santa Pola in the equation it can boast around 16 kilometres of clean sand and a sparkling sea.

The area is fully covered by all services these days with its own post office, town hall, local police station and doctor’s clinic. A modern primary school, a petrol station a 24 hour chemist along with spas, gyms and much more, Gran Alacant is modern Spain at its best – it even has its own lighthouse, proving that here old Spain really does meet the new. Along with its wonderful setting on top of the cliffs of Santa Pola, Gran Alacant also boasts a close proximity to the historical sea port of Alicante and its modern airport and the quaint and charming city of Elche; both of which are just fifteen minutes away by car and with Benidorm (45 mins) not too far away the things to do list may well need to be extended a little.

Foods from around the world and around the corner (fresh Santa Pola seafood) offer the adventurous gourmet a rich menu to choose from but if all else fails to keep the little, the kids will find a McDonalds five minutes away!

Santa Pola quickly takes you back to Roman times. It was here where the Portus Illicitanus, the Roman ruins, were found. The Roman House of the Palmeral which was built during the Low Imperial era and the Roman factory for pickling and salting fish from the 4th century B. C. are also reminders of the era.

Santa Pola extends from both side of the Renaissance Castle-Fortress built in the 16th century to defend itself from pirate attacks. Found in the city centre it has a military appearance and houses the Archaeological Museum where you can find Iberian and Roman relics. Also located here is the Fishing Museum with a wide selection of maritime objects and an interesting aquarium.

Small but well endowed….with history, architecture and of course restaurants and cafes!
As the great bike-maker Sir Walter Raleigh once said, ‘There are an awful lot of benefits to getting on a push bike and riding around a city.’

You can rent a bicycle in Elche city for next to nothing and take a tourist trip around the city. Stopping off at the odd café for something refreshing and a bite to eat means you get to see just what there is to see in Elche – without having to slow down in the car and endure the wrath of an impatient bus/car/lorry driver.