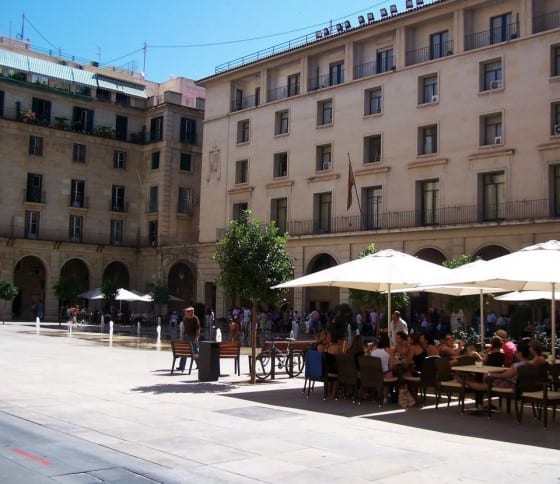 Now that Steve has arrived back in our little corner of Spain I imagine he is going to find it hard to leave because not only is Alicante one of the prettiest and most historical around the Alicante Province boasts some of the finest beaches in Europe and history in abundance from the Province’s westerly border near Villena and along the coast from San Pedro del Pinatar in the south up to Ondarra in the north of the region.

The cosmopolitan population (approx. 800,000 in the Alicante Province) that call this region home are lucky (or wise) enough to reside in one of the world’s healthiest places to live (WHO April 2006) and in the city itself you’ll find fantastic beaches, superb transportation and history, culture and architecture and a port offering routes out and a place to dock for cruise ships exploring the Mediterranean. Although a relatively small city (Population 350, 00) it is known for its support of the arts Alicante hosts many events including jazz festivals and the many street performers in the area are products of the many schools for the arts in the area not least the ‘Conservatorio’ school for performing arts.

Overlooking the city the Castillo de Santa Barbara dates back to the twelfth century and still impresses visitors, whether arriving by sea or road, and offers the best views of the town and south along the coast as far as Gran Alacant with Calpe in the north offering the other end of this panoramic view. 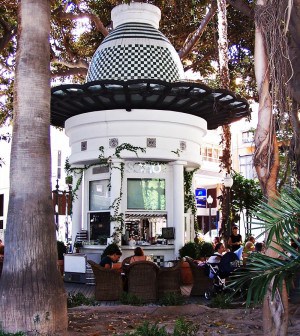 Once in town it’s quickly and abundantly clear that this is a modern city too with a bustling population filling the roads and pavements on any given day, except of course Sunday when Alicante, along with the rest of Spain shuts for the day. We all need a day off I guess. The city is ready for the arriving traveller (I should know) and there are a good range of hotels and pensions to cater for all budgets, although I can recommend the Monks’ House (Casa de los Monjes) which is located in the pretty part of town just behind the town hall plaza. Sound good? So, why not ask me about a guided historical and cultural tour of Alicante on 606 540 408 or by email (ask@allabroad.es)?

On any Sunday morning from my terrace I take in the view of Alicante Bay while the kettle boils and the toaster begins its painfully slow but relatively simple task of toasting some bread in readiness for one of my remaining British traits, on what is a very Spanish morning – slapping marmite all over it but that can wait as I breathe in the salt-scented air..

Looking along the coastline you can see the beaches, which will be starting to fill with locals and tourists all planning on enjoying the day and probably a speedboat (or two) cutting a white scar through the Mediterranean on its way to who knows where. The white sails of yachts and the seagulls contrast with the beautiful blue backdrop and this is every day of the year. We like it here and so will Mr Hall. San Juan at the other end of the bay juts out into the sea blocking the view of El Campello where the mountains meet the sea, as they do all the way up the coast to Calpe in the distance. The rock of Benidorm stationed like a huge aircraft carrier protecting Spanish tourism’s crown jewels while Brits in vests (I don’t need to be able to see them) will have enjoyed yet another evening in the town that never sleeps and all that is uniquely Benidorm and just a short bus or train ride away from the perhaps more cultural city of Alicante.

Further on along the coast will be the pretty fishing town of Calpe and on a clear day (which is very often the case) you can see Calpe’s own battleship of a rock standing proud – El Penon de Ifach.
Driving past me the 4×4’s and VW’s of the hang-gliders heading out of town and south and who will jump off of the top of the cliff at Gran Alacant and eventually make their descent down to the Carabassi beach, landing (conveniently) next to a Chiringuito where cool refreshment is readily supplied.

There’s not a bad soundtrack to the mornings usually here either as my neighbour puts on some pretty good jazz that compliments the percussion of the cicadas, doing their thing in the trees below me, very nicely. Add to that the constant splash of the waves and the odd bark of a dog and we have a neighbourhood city orchestra playing the sound of Spain. I love it. 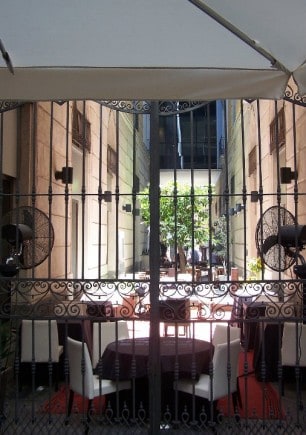 Alicante has something for everyone, whether it’s walking off the beach and straight into a modern department store or strolling the beautiful port at night with its wide spectrum of restaurants and wonderful vistas of the sun going down over yacht masts. I’ve not even mentioned the Barrio, the renowned MARQ Museum, the hiking or the biking. Nor have I uttered a word about the Volvo Ocean Race Museum or even the fabulous Central Market that is alive and buzzing on Saturdays with everyone from hippies to grandparents in their Saturday best. But I will. My brief was about this amount of words but have no fear there’s more to come from Alicante that will enchant our gallant traveller Steve Hall and remind him of just what is best about Spain. Alicante, a historically modern look at Spanish life.

…and I know Steve is quickly becoming an old man with his cycling days behind him, so I have organised a car for him with Mike and Heidi at Coy’s Rent A Car. He can pick it up at the airport or Torrevieja. All Steve has to do is pay for it! Well, I’m a nice guy ….. but not that nice. Jeje!