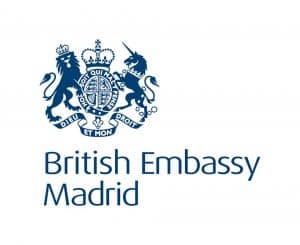 We work in Spain to implement policy on Europe and the single market, building trade for mutual growth. We improve the strong relationship between our armed forces and we work together to beat international crime and threats to Britain’s national security. Our consulates provide assistance to British nationals visiting and living in Spain. 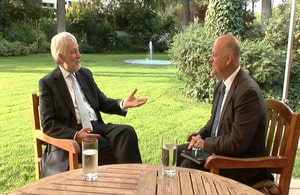 Consulates are focusing on most serious and demanding assistance cases

This is the outgoing message from Giles Paxman who was shortly to be replaced at the British Consul in Madrid by Simon Manley, a senior diplomat who previously headed the Foreign Office’s Europe Directorate.. The video was produced by Viva.

Taking a few simple steps can help British expatriates to prepare for the difficulties of living in Spain or avoid them altogether, says Ambassador Giles Paxman says in a new TV interview.

Checking your passport expiry date, telling visitors from the UK what to get before they travel, and visiting your local town hall to find out about local services are all measures that will help Britons in Spain to avoid running into time-consuming problems later, says Mr Paxman.

If you’re living here you can prepare for the sort of difficulties you might face so that if those difficulties do occur, they remain simply difficulties and don’t become dramas

First of all check the validity of your passport. It’s very easy simply to make a note in your diary when your passport needs renewing. If you don’t and you’ve suddenly got to travel overseas, it’s going to be very disruptive and very expensive to get an emergency passport.

Tell people who are coming to visit you what they need to do before they travel. Tell them to get their European Health Insurance Card, and tell them to get comprehensive travel insurance because if they don’t and something happens to them, then the holiday will turn into a nightmare.

Mr Paxman adds that it is important that expatriates should try to integrate into their local communities.

A lot of British people who live here don’t speak Spanish and I understand that, but more and more local authorities do have people who speak English. Go along to your local town hall and find out what sort of services they’re offering.

You’ll probably find there’s more than you might imagine including the local, emergency and health services that may be able to help if you face a problem. Those are the people that Britons should be turning to if they face difficulties, rather than coming to the Consulates.

The British consular network in Spain is the busiest in the world, handling more than 6000 cases last year.

Some of these cases are highly distressing: young people who have come out to Spain and because they haven’t taken the right precautions or because of a moment’s stupidity – often alcohol fuelled – they can ruin their lives.