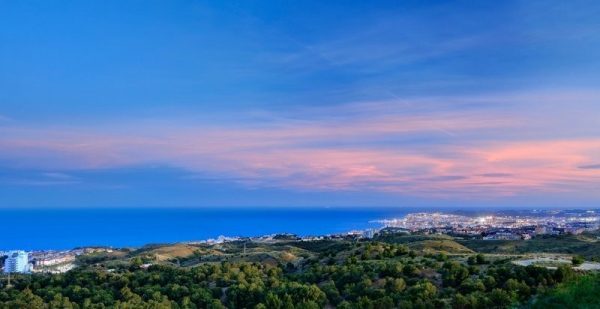 The Costa del Sol has been a holiday-home, or even permanent residence, to thousands of Britains and other North Europeans since the 1960s. With the death of Franco and the transition to the democracy it has been a popular choice for home ownership and shorter holidays for three generations now. On that basis, it is well-known to many and yet still remains undiscovered by many more. What did/does it base its popularity on? That’s not an easy question as the Costa del Sol (“Coast of Sun/The Sun Coast/The Sunshine Coast”) is many things to many people.

Obviously, the new-found disposable wealth of many millions of North Europeans offered them the chance to travel and with Spain offering “una sonrisa al turismo” (A smile to tourism) it was a logical choice. Initially it was a very cheap location and that had an undoubted attraction – cheap package tours, cheap food, cheap drink and cheap cigarettes together with 300+ days of sun. This all encouraged many to come. It also was “forgiving” of some of the sad excesses of the holidaymakers. However, the Costa del Sol had more than that ….it was “different” enough to be in some ways “exotic” (or “erotic!”) whilst at the same time not too difficult for the new international tourists. The waiters spoke some English, the menus were normally covered in photos and English (-ish) translations and the Spanish hospitality worked when sign language could not.

Other reasons included the cheap and short flights from many British, German, Dutch and Scandinavian resorts and the fact that some of these international residents started businesses here. This meant that the less-adventurous of the tourists could eat, drink shop and even worship without having to learn more than gracias and por favor! The large number of quality golf-courses and the miles and miles of sandy beaches attracted others whilst yet more came for sailing, yachting and other matters nautical.

Now that said, the last thing I want to do is to give the impression that ALL the Costa del Sol is one strip of identical towns and cities. It most definitely is not. This lonnnnng coast – think London to Yorkshire or more than the length of Belgium from North to South – has much to offer everybody irrespective of their interests. After 30 years travelling here I could not claim to know every nook and cranny. Even in the towns I have lived, I am still surprised by a new event, a new installation or, maybe, a park or building I had not seen before. Wherever you travel, ENJOY!

Málaga is the capital of the province and is an important city in Spanish culture and sport, commerce and industry. Sadly, very few tourists take the opportunity to visit it. They fly to the impressive airport and are soon off the resorts and cities to the west, to the inland towns and villages or off to the Costa Tropical to the east of the city. Málaga has a La Liga football club, it houses a Picasso museum and is his birthplace, an important bull-ring, quality shopping, the Museo Carmen Thyssen and much, much more. There is an open-top bus that takes visitors all around the city on one of those hop-on, hop-off routes.

For many years Fuengirola has been a very popular destination for North European holidaymakers and expat residents alike. Over these same years it has also tried to tidy up its rather tacky “Kiss me Quick” image that it shared with places like Benidorm and Palma Nova/Magaluf. In the last 20 years the population has doubled to nearly 65,000 and of all these resorts, I would contend that Fuengirola has perhaps succeeded the best. The previous mayoress, Esperanza Oña Sevilla, was in power for an impressive 18 years and whilst not always popular she ensured that Fuengirola is now a resort worthy of visiting and equally a great place to live. It has excellent shopping, a lovely promenade, a popular marina, many attractions and great communications – including a direct train to the airport and Málaga City

The local foreign-language papers now all have online editions and you can keep up with all the news with www.surinenglish.com (The Sur in English), www.costadelsolnews.es (Costa Del Sol News) and www.thenewsonline.es (The News) and Euro Weekly News in English. There are www.spaniaposten.com in Norwegian, www.sydkusten.es in Swedish and www.costaanachrichten.com in German. The Finns have their excellent www.uusifuengirola.fi . www.20minutos.es is in easy-to-understand Spanish.

Fuengirola also has the Miramar and the Alfil cinemas so now residents have the choice of all the latest films “on the doorstep”.

Benalmádena has an excellent hospital and there are many clinics, dentists and other health professionals who speak English (and many other languages)all along the coast.

As for football Málaga has (sometimes!) La Liga football. It even has a very successful international supporters’ club Most of the local towns have teams further down the Spanish pyramid.

Fuengirola’s popular zoo , although it is now officially called a Bioparc. RECOMMENDED!

Swim with the sea-lions in nearby Benalmádena

A great site for all golf fans on the coast

I recommend First 4 Property Group who have almost 3,000 properties on their books along the coast in all price ranges. They are particularly strong on new developments including the prestigious Higueron West near Fuengirola. Full details on the First 4 Property website

I always recommend that you book your transfer from the airport in advance.

Thanks to the new motorways, a transfer from Malaga airport to Fuengirola will take only about 25 minutes to get to most hotels in the town. Mijas is about 30 minutes and Marbella about three quarters of an hour only. Your transfers can be booked at: malagaairporttaxi.net

They cover both the east and west of the coast and come highly recommended.