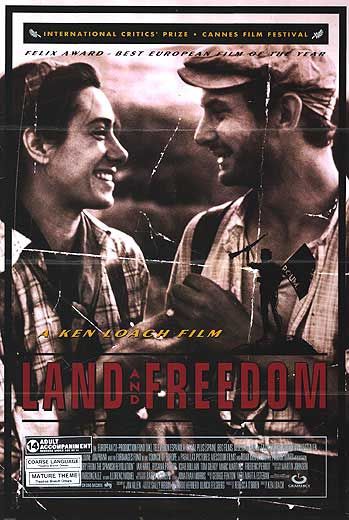 1936. David an unemployed young man, leaves Liverpool to join the fight against Fascism in the early days of the Spanish Civil War. He joins an international section of the Republican Militia on the Aragon front where he experiences the trials and anguish of the war. Wounded, he convalesces in Barcelona and is caught in the conflict on the Republican side between the Communist Party and his revolutionary comrades in the militia. The resolution of this conflict and David’s return to the front may seem tragic but his belief in the possibility of revolutionary change is unshaken. His story is revealed only after his death, sixty years later, in letters discovered by his granddaughter.

Here is the whole film on You Tube