Barcelona is one of the most popular tourist destinations in Europe thanks to its stunning architecture, rich history and Mediterranean climate. And if those weren’t enough to keep the city spotlight, it is also home to a football club that thrills millions of fans worldwide.

Simply Barcelona Tickets specialises in match tickets to all FC Barcelona’s home games and since 2003 has provided thousands of tickets for La Liga and Champions League matches, as well as other competitions and friendlies.
We work exclusively with one of the largest official ticket agencies for FC Barcelona, with a guaranteed allocation for every game played at the club’s world famous stadium. With six regular ticket categories covering all areas of the stadium plus three VIP categories with VIP lounge access you get plenty of choice to find the seats that suit you best. 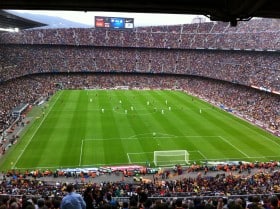 While the last decade has seen Futbol Club Barcelona experience a golden age, it is easy to forget how far FC Barcelona has come since 2003. After abysmal performances in the domestic league, Europe and financially, FC Barcelona’s renaissance begin with the election of Joan Laporta as club president. With Frank Rijkaard coaching players like Ronaldinho, as well as players brought up through the club’s youth training programme such as Puyol and Xavi, the squad took some time to get into their stride. Even so, at the end of the 2003/04 season they finished second to Valencia. The following season they won the league title ahead of arch-rival Real Madrid. Since then FC Barcelona has won the domestic competition seven times and Champions League on four occasions, including in 2009. In that year, with Pep Guardiola as coach, Barcelona first became the only club to have won the Spanish treble, consisting of La Liga, Champions League and Copa del Rey.

The club then went on to win the Spanish and European Supercups and Club World Cup, making it the only team to ever win all six competitions in which it participated.

If you’re a football fan planning a trip to the Catalan capital don’t miss out a Barça match. Buy your tickets from Simply Barcelona Tickets because we will make sure you have an unforgettable experience. 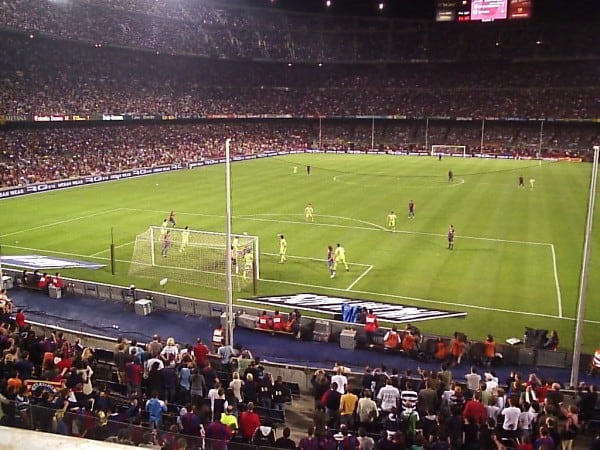