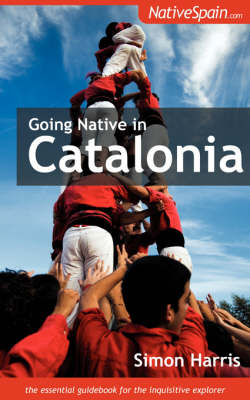 A Guidebook To Catalonia That’s Not for Tourists

Pick up any guidebook to Spain and chances are it focuses on the same old landmarks, beaches, food and attractions. That’s all well and good if you’re only staying for a week or so but what about the growing breed of longer term travellers – also known as ‘vagabonds’ – who take extended time out to really become one with their new home?

With longer-term visitors and new natives in mind the latest book from NativeSpain.com sets out to inform and enlighten readers on the finer points of living in Catalonia: from the history, mindset, stereotypes, humour and loves of the people to their food, quirks and ‘non-standard’ routines.

“Going Native in Catalonia” comes 2 years after the first book in the series, “Going Native in Murcia” and again is written by an outsider, who over the years, has made the region his home.

In Simon Harris’s case, “Going Native in Catalonia” draws on his 30+ years’ experience as his ‘short-term’ stay led him to marry a Catalan woman, appear on TV as a musician, become a father and eventually become a University lecturer.

Simon says, “You may already know that Barcelona is in Catalonia and that the natives ‘speak different’ compared to the rest of Spain. But beyond that – unless you’d spent a lot of time there – you’d be forgiven for thinking that the people, architecture, customs and way of life in Catalonia are just like any other in Spain but they’re not.” He continues, “What I’ve found, living amongst my Catalan neighbours for over three decades, is a place and a people unlike any other on earth. They party harder than anyone and have a unique pride in fair play and hard work. I love it here and I want to help other outsiders thinking of living here to really understand the real Catalan culture too!”

Things you’ll discover in the book include:

* why Catalonia is not just another part of Spain

* the quirks of the Catalan people and language

* a brief history of Catalonia and its politics

* personal photographs from the author’s travels

* the inside scoop on Catalonia’s culinary delights

* tips on ‘going native’ yourself and making a home here

Debbie Jenkins, Simon’s publisher and author of “Going Native in Murcia”, says, “Our ‘Going Native’ guides are written with a rare type of traveller in mind… longer term visitors who want to become a true part of their new home. Whether their stay is a month or a lifetime we aim to give them everything the tourist guides won’t.”

To learn more about Simon and to see what makes him tick please visit Barnatalent for an excellent and in-depth interview.