What to do on a perfect day in Barcelona

Barcelona is my adoptive home, which happens to be one of the most beautiful city in the world. From a true local, here are simply the best things to do in Barcelona, whether you have 24 hours or days to spend!

Start off early with breakfast at La Boqueria (Les Rambles, 91, Metro Liceu,) when it’s still empty. Fully named the Mercat de Sant Josep de la Boqueria, it’s been the place of some sort of market is probably the thirteenth century and as it stands today since the nineteenth, but the history doesn’t matter as much as the moment here. The market is alive with bustling fish mongers and fruit stands, all trying to sell you something. One of the best delights are the juices, costing 1€ to 2.50€ each (depending on time of day and if weekend or not), supposedly fresh but really just delicious juices. You can then have Catalunya’s pa tomaca (toast spread with tomato, as well as sometimes garlic, salt and a drizzle of oil) and some nice jamon or you can sit down at a more well-known place like the Bar Pinotxo (just inside the main entrance, on the right side), with its delicious food and well-known, smartly dressed owner. Get a thumbs up from him over yummy traditional food.

As you leave La Boqueria, you’ll hop back on Les Rambles (also called La Rambla) which geographically divides Barcelona. One end downhill and to the east is the Mediterranean Sea, the uphill and west Placa Catalunya (and eventually the mountains), the north Gothic district (and beyond that El Born), and the south Raval district. Right before the Metro Liceu, look down and note a Mosaic from Miro. A bit more towards Placa Catalunya, you’ll pass a public fountain with the Barcelona seal that some folks may be drinking from. It’s said that if you drink from this, you’ll come back to visit Barcelona. It’s also the gathering place for Barca football fans upon victory.

Further down Les Rambles toward the sea, Placa Reial is a very pretty, authentically Spanish plaza to sit down for an overpriced coffee or just for a little lap. Take note of the two weird lights on either side, with helmets and the city’s seals, etc. This is actually Antoni Gaudi’s first public work.

Next, cross Les Rambles to the Gothic Quarter. Here you can peek at the Gothic Cathedral, but the real secret treasure is nearby. Turning your back on the Cathedral and walking a few steps towards Placa Catalunya, on Carrer de Arcs 5 (under a one-floor rooftop restaurant in a big brick building that forks with Carrer Angel) is a totally secret (doesn’t even have a website) tiny museum of about 100 Dali works. It has some really unique stuff (even for him!), and, for 10€, it takes less than an hour and you often get the experience of it being in a completely empty museum.

From Gothic, stroll through El Born neighborhood, shopping, stopping for many coffees along the way (like a true local), and eventually hitting La Xampanyeria (pronounced Champagne-eria) for a sandwich and a glass of cava for under 3€. Try the rosé! You will also find La Basilica de Santa Maria del Mar, to me Spain’s most hauntingly beautiful church (still with real candles and often playing eeri Gregorian chants).

Wind your way through the barrio of La Barceloneta until you hit the sea. Our favorite place to have paella (normally a challenge in Barcelona and definitely don’t go anywhere that they try to get you to come in) is La Barraca. Have the ensalada burrata (salad with liquidy mozzarella) to start and then either paella or arroz negro (delicious rice in squid ink) for a main course, with a bottle of vino, all with the view of the gorgeous blue sea.

Go ahead and take a nap by the sea or walk to the Metro Barceloneta, take L4 and switch to L2 at Passeig de Gracia, eventually ending up (about half an hour later) at La Sagrada Famila, Gaudi’s masterpiece in progress. This enormous cathedral-slash-construction site is absolutely worth a tour, but remember to book at least a week in advance. For around 25€ you get a guided tour around this incredible feat of architecture that lacks any symmetry and is full of Lost-like secrets and symbols, learn a bit about Gaudi’s life, and even get a view into the bizarre way it was designed and how it will look in the future. I wouldn’t say it was worth it to go up to the towers, but walking around when the afternoon light is reflecting colors everywhere is certainly worth the whole trip to Barcelona. If you, like me, like to go to cities and simply wander about, eating and drinking, only trying to do one “cultural” thing, then this is the absolute must, though only if you book ahead to skip sometimes insane lines.

Before heading back into the center, you can’t miss, five minutes walk up Carrer Gaudi, the Hospital Sant Pau. This turn-of-the-century massive series of buildings is pretty from the outside, impressive from within the compound. If you’re an architecture buff, it’s worth paying the little bit to enter the old part of this still working hospital or you can simply go to the gift shop and get a peek through the glass back door. Will add ten minutes to your Sagrada Familia adventure but totally worth it.

Now, you can take the long walk (maybe 40 minutes, but all downhill) back down into the city, either passing Passeig de Gracia for some serious shopping (from Spanish staples like Zara and Mango to all the luxury brands) or you can walk back via Carrer d’Enric Granados which is just a lovely pedestrian-only street filled with fantastic restaurants and cafes with terrazas waiting for you to stop for another coffee or cava, as well as free-to-enter, five-minute tiny modern art galleries. It ends near Placa Universitat, which connects to Placa Catalunya, and again you are in the center of Barcelona.

You’ve hit all the major tourist attractions but there’s so much more to see! And by see, I mean eat and drink. Barcelona has a surplus of fantastic restaurants (HINT: A good restaurant will NEVER have anyone trying to get you to come in outside and none will be on Les Rambles or Placa Reial.) Unlike much of Spain which has a tapas culture, Barcelona is much more of a sit down at a cozy restaurant for three hours type of place. 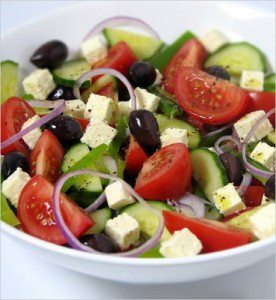 The most authentic Catalan I know is Casa Alfonso right next to Urquinaona Metro. Has fantastic artichokes as well as this eggplant with artichoke dip, plus fantastic pan tomaca, jamon, queso and the other Spanish-Catalan regulars.

Just off of Ronda Sant Antoni (L2 Metro Sant Antoni) is also Els Sortidors, a fantastic wine bar with really great Spanish and Catalan raciones. Again fab artichoke, build your own pa tomata, a great cheese plate, fantastic cecina (like the giant Spanish jamon legs but cow) etc. Plus remember Spain is dirt-cheap to drink in, able to get some of the world’s best reds for about 3€ a cup (OK wine for about 1.50€.) Catalan red is Prioritat and then I love Castilla’s Toro (which has a seriously full body) or for white Verdejo.

And I love the restaurants in my favorite barri Raval, all within a few minutes of Metros L2 Sant Antoni and L3 Parallel:

Las Fernandez – Spanish modern fusion. Huge menu but then they always have at least ten daily specials including the best croquetas my Castilian husband has ever eaten and just fantastic duck and lamb specials. Plus a different homemade ravioli every day (though often, gag, blue cheese sauce).

La Monroe – Same owners, attached to the Filmoteca (indie movie theater) and same quality but much more tapas and small plates. Really good patatas bravas and salad with Tataki tuna. It’s attached to La Filmoteca where you can see an old or independent movie in original version with Catalan subtitles for about 3€.

Cera 23 – This is one of the top ten restaurants in Barcelona. Spanish fusion again but more like full plates. Fantastic blackberry mojitos and great steak.

Arume – another new place by Cera 23 owner with same fantastic cocktails. I like it even more than Cera 23 because it just has better ambiance and a nice menu with Arroz Negro (with squid ink) and just a bit more modern Spanish.

A few doors down from Arume and within 2 minutes of Cera 23 and Las Fernandez is Big Bang Bar small dive-y jazz bar with live free jazz on Fridays and Saturdays.

We are also in love with new restaurant La Prudencia del Raval which has just really high quality 4€ small plates of Spanish cuisine. Right next to Parallel Metro and blissfully with kitchen open 12-12, not closing for siesta. Some good choices are the bacalao (cod) and oh-I-die chocolate coulant with a melted Ferrero Rocher in the middle for dessert, but definitely ask for the special plates of the day.

For more casual, La Fabrica Moritz (next to L1 Universitat and L2 Sant Antoni) is a huge old Catalan Brewery that has been converted. Epidor is the best mainstream beer in Spain, it’s a HUGE menu HUGE menu with a highly complete selection of Spanish and Catalan food as well as anything else you can imagine — all really good. Plus it has a great gift shop. If nothing else, it’s great to stop in for a beer and to see the marketing and rebranding miracle it is.

And then for a decadent (expensive for Spain, cheap for rest of Europe) breakfast, dessert or marienda (snack time) at Escriba. Fun, fancy and delicious desserts — dear lord almighty hot chocolate with hazelnut. The Desayuno Completo for 7€ is a big but really fantastic breakfast. Cristian Escriba was head of desserts at El Bulli. Speaking of…

And if you are thinking of really just rocking your world (and spending money at a Michelin-star restaurant), you can do Albert Adria’s Tickets (M3 Poble Sec), brother of El Bulli (formerly best restaurant in the world) and usually in the top 50 restaurants in the world. It’s fantastic creative tapas – Starting Here on Yelp you can see my photos of my time there – including liquid olives and the most amazing indescribable tomatoes and omg it was just the most incredible meal of my life — we had 18 courses (14 tiny tapas plus four desserts…each) and cost about 175€ for the two of us including a bottle of wine. Here’s how to do the waiting list because you have to book two months ahead BUT i know a lot of people who have successfully done the line. Plus, as its name suggests, it’s all about immersing you into a circus-like atmosphere, adding up to a totally fun experience!

And then a really fun activity is to go to the Moulin Rouge of Spain El Molino (L3 Parallel) which is mostly in Spanish but so much of it’s song and dance and just hysterical it shouldn’t diminish experience. It’s 50€ per couple including a bottle of cava. It’s open seating so getting a bit early to line up is good but they do have audience interaction etc. A really fun burlesque-cabaret show (though my husband says it’s really for old people.)

Finally, if you are going to Barcelona check here for the Castillers’ schedule. These world-record-breaking human castles with death-defying little monkey children climbing to the top are a Unesco-protected Catalan tradition and simply amazing to see (plus free!)