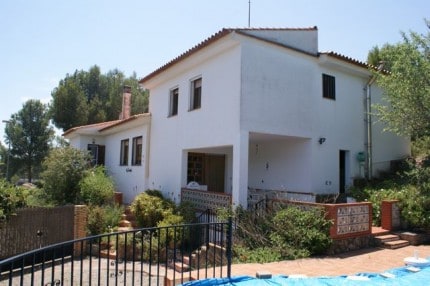 I am not famed for my respect for estate agents – there are probably half a dozen in the whole of Spain who I would trust implicitly and a few more I would recommend if I kept my eye on them. That figure might even be and exaggeration!

One who I WOULD recommend unreservedly is Graham Hunt in Valencia. He has lived in the area 13 years, speaks the language fluently and has brought up a family in a Spanish environment (and not just in expatshire) He has produced over 300 videos about moving to Spain, written 4 books and hundreds if not thousands of meters of blogs with advice on every single aspect of moving to Valencia in particular and Spain in general. We do not agree about everything – especially football where he is plain WRONG (No I am not just you are mistaken Steve – GH) – but I do respect his opinions on all matters Spanish.

One of the things that sets Graham out is that he is equally cynical as I am about much of what has gone on in the last ten years of boom and bust in the Spanish property market. He is not going to fill you with, “Now is the best time to buy”, “If you don’t buy today, it will be twice the price tomorrow”, “Of course, this house has four south facing aspects”,”If you are unhappy with the view I will ask my friend the mayor to knock down the sierra” etc. Nor will he do the typical expat agent’s famous “runner” once he has sold you a home (note – not a house). He offers a genuine after-sale service and recognises that quality referrals from satisfied clients are worth a million Facebook followers or bought-in leads. Every person that I have recommended to him has been impressed. No, they have not all made a purchase but that’s not a reflection on him. No, I have never taken a cent in commission – not the way he/I work.

He’s a very open guy – doesn’t like hype, time-wasters or scammers but if you have a genuine interest in considering Spain, he is a man who I would recommend.