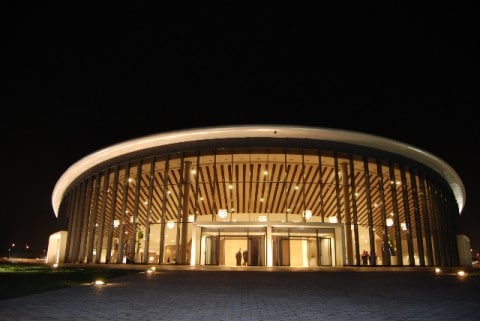 The future of Torrevieja as a major centre of culture and music was cemented with the inauguration of the new Auditorio-conservatorio Internacional de Música. The jewel in the crown of Torrevieja’s cultural centres, the new conservatory of music was nothing more than a pipe dream half a decade ago but four years of hard work came fruition in March 2011 when Trinidad Miró, Valencia’s Regional Minister of Culture and Sports, officiated over the opening night.

Miró, in the presence of Torrevieja’s mayor, Pedro Hernández Mateo, said “this project was designed to respond to the cultural objectives of Torrevieja as a major tourist city of and to support the organization of musical events and cultural relevance of the city internationally.” For Miró, the facility constituted “a great example that demonstrates the commitment of the Valencian Government’s policy of decentralization and to comply with the aim to provide our municipalities with infrastructures, ensuring them access to culture of the highest degree.’ According to the Councillor, “from today, the city of
Torrevieja has more space, a place to meet and exchange, that I am sure will become a major benefit to the city’s cultural life and as a leisure zone.”

Trinidad Miró and Torrevieja’s mayor, Pedro Hernandez Mateo gave their apologies for President of the Generalitat, Francisco Camps, who could not make the presentation due to being ill. The Minister said that this auditorium, along with the conservatory, which is built on the same plot of 92,000 m2 as part of the Sociedad de Proyectos Temáticos de la Comunidad Valenciana, will “act as key driver in the economic and cultural development of the province of Alicante.”

After the speeches, the evening’s event consisted of a performance by a symphony orchestra comprised of musicians from Torrevieja and other localities, led by Francisco Grau Vegara as well as the Municipal Choir “Ricardo Lafuente”, with the collaboration of Eldense soprano Ana María Sánchez, Laurel de Oro de las Artes; and director of the Municipal School of Theatre, Raúl Ferrandez.

The auditorium, which can also be used as a conference centre, has a total capacity for 1,800 spectators, split between the main symphony hall for 1,406 people and the Roam Theatre for 420. The adjacent Conservatory of Music, is set in 16,166 m2 in which the Government has invested 32 million euros. The Valencian government estimated that its construction has helped to create and maintain more than 1,000 jobs with an economic impact of more than 30 million euros to the community. 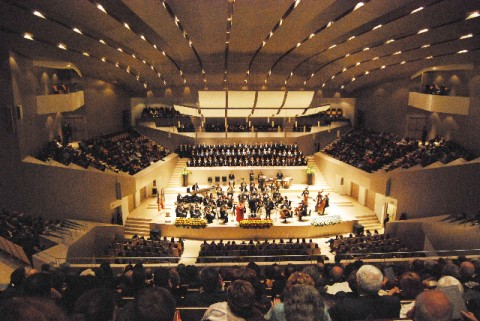