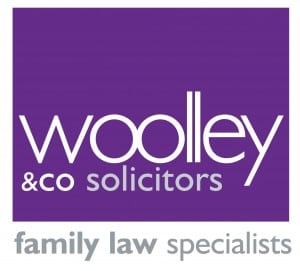 With the latest UK Government statistics showing that just over thirty-five percent of marriages break down it’s a fact of life that many couples who leave the UK for a life in sunny Spain face the messy business of divorce or separation somewhere along the line. Whilst it is bad enough to go through the upset and trauma of divorce in the UK, the problems for expats living in Spain are very much worse in many cases.

Speaking to clients in Spain we know that they feel somehow disconnected from the help they could obtain in the UK, the Citizens Advice Bureau, the friendly local solicitor just down the road, the powers of the English courts and their ability to dispense swift and fair justice. Many really can’t face the thought of going to a local lawyer, what with the language problems, the strange laws and customs, and the fact it apparently takes years to get a divorce locally.

Divorce Using the Spanish System Under EU law you can obtain a divorce in Spain once you have become an ‘habitual resident’, (which is open to interpretation by a Judge). A divorce in Spain is a long, two-stage process where you have to obtain a separation first, through the courts, and then apply again several months later for a divorce. You will have to appear in front of a Judge each time, and it is not unheard of for cases to drag on well into a second year.

In most cases there is another way.

The good news is that in most circumstances you don’t have to use the Spanish system. On the basis that you are ‘domiciled’ in the UK you can obtain a divorce using the much less complicated and speedier English system.

Domicile is a somewhat obscure legal concept but means, basically, that England is legally your ‘home country’ and that gives the English courts the jurisdiction to grant you a divorce.

Not only that, but if you opt for an English divorce

Neither party has to appear in court at any stage

The whole case only takes around 16 weeks or so

The court does not need to consider custody issues, (as ‘custody’ has been abolished in the UK) in order to finalise the divorce. In short, an English divorce these days is quick and relatively inexpensive.

Although the process of obtaining a divorce through the English courts is relatively straight-forward it is essential your lawyer has specialist knowledge of expat divorce cases and various rules and regulations. The EU Council Regulations on divorce and some other rulings from Brussels, especially, ‘Brussels II’ and the very recent ‘Brussels IIa’ deal with ‘Euro’ aspects of cross-border divorce procedure, recognition of court orders between member states, and other things that you do not need to worry about once you have found a specialist in this type of work.

Some of the firms that do this highly specialised type of work will give you a fixed-fee quote for the case, so you know exactly what it is going to cost, and won’t get any nasty surprises at the end of the case!

If you are in agreement with your spouse about the split of any matrimonial assets there will be no need to engage in such a case. Once agreement has been reached, the court will issue what is known as a Final Order by Consent (Consent Order) without the need for any court hearings.

If you can’t agree that’s when things get a little more complicated (and costly). With both parties required to attend court hearings. So, most solicitors will strongly advise you to agree, agree, agree even if it means a compromise.

This article was written by Woolley & Co, Solicitors experts in divorce and family law matters for English ex-pats all over the world. Woolley & Co offer a free initial half hour assessment of cases via telephone or e-mail visit Woolley & Co to book a telephone appointment or call on +44(0)1789 330310