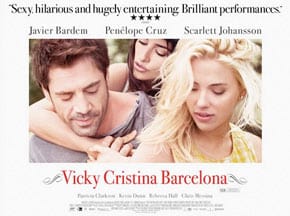 10 OF THE BEST FILMS SET IN BARCELONA

I lay no claim to this article written by Jill Adams from The Guardian. I simply thought that it should be added in its entirety.

Whether you are a cinema-goer or not, whether you like films or not, you will love some of the many films that are set in the city if you simply love the city itself.

You will note that the article is from the excellent Guardian, City Guide

Cinema listings can be found at Entradas but you might also try Groupon for bargain tickets.

In July 2011, the Hindi film Zindagi Na Milegi Dobara was premièred. This was partly shot in Barcelona and the Costa Brava. More input direct from India

One film that Adams’ overlooked (perhaps deliberately!) was Body Armour (below). No, perhaps not the greatest film I have ever seen but there were some good shots of the city.

More recently Netflix set a series in the Barcelona of the 60s
– Hache. “Hache” is Spanish for the letter “H” – integral to the plot. Also available on Netflix is the romantic comedy, “Barcelona, A Love Untold.” The plot is predictably thin but there are some great shots of the city!Perhaps more famous is Ocho Apellidos Vascos (Spanish Affair 2) which did not quite hit the heights of Ocho Apellidos Vascos, its predecesor and “blockbuster.” Expect to see more Seville than Barcelona!