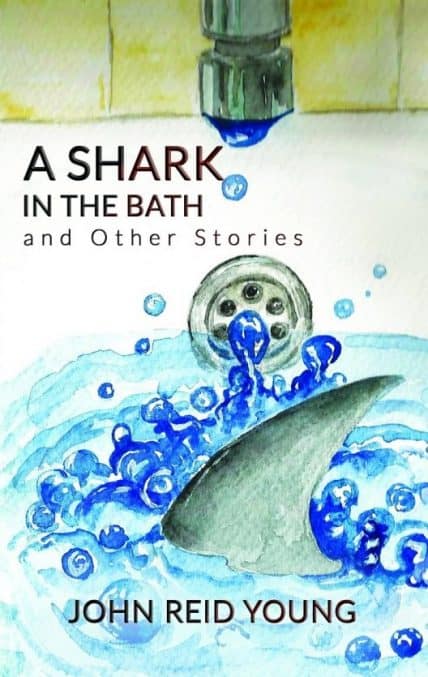 What would you do if you found a shark in a hotel bath?

The hotel manager was horrified. Well, he would be, wouldn’t he? There’s a shark in a guest’s bath. How did it get there? Only author John Reid Young knows. He also knows he’s in deep trouble.

* Hotel sharks aren’t the only surprise in this charming collection of short stories set in Spain’s Canary Islands…
* In “ A Missed Call” there’s a desperate race against time to arrest one of the Great Train Robbers when he flees to Tenerife.
* “Illegal Immigrant” finds a British revolutionary caught up in the clandestine transport of human cargo during the dark days of General Franco.
* A young American is shocked in “The Man from La Guancha” when he finds out why island villagers are convinced he’s a ghost.
* When a pirate’s chest was discovered in a cave in “Under the Waterfall”, nobody could have expected what lay within, and the reader is enticed to the end with an extraordinary twist.

In these, and other fascinating stories, you’ll encounter a host of captivating characters, some of whom have left their mark in the history of these beautiful Atlantic islands, and you’ll discover that this unique archipelago off the African coast is so much more than just a modern-day tourist destination. Let the delightful writing of John Reid Young transport you to bygone days of love, war, intrigue and adventure in the sub-tropical sunshine of Tenerife. Reid is a very talented author whose family has been connected with the Canary Islands for nearly 200 years and his first, marvellous collection of short stories, “The Skipping Verger and Other Tales”, drew on personal experience and legendary family tales. Adding to the charm of these stories are beautiful illustrations done by Annie Chapman, renowned art teacher at The British School of Tenerife.

Brought up in Tenerife and educated at schools in England and Scotland, home to his ancestors, Reid admits he has a passion for history and for adventurous travellers of old. This is reflected, not only in “A Shark in the Bath and Other Stories” but in his personal blog, Travel Stories in Tenerife and The Canary Islands. He also loves meeting people, as he suggests on the book’s last page:

“Writing under an avocado tree I only get to talk to lizards and hoopoes, so any contact with the real world would be much appreciated”.

Order your books through Amazon or Kindle