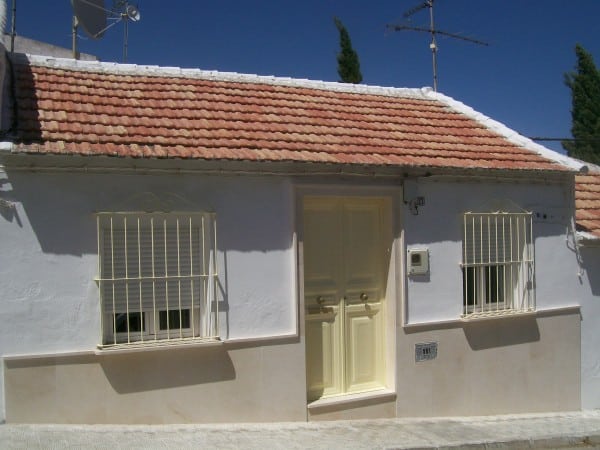 This Cosy, Solid and Sound, Terraced Town House has a built size of 96m² and it can be either a permanent or holiday home, not forgetting a great investment opportunity also, because it’s a Ground Floor House that has a brand new Fascia and is totally Double Glazed throughout. It comprises of 2/3 Bedrooms, the Master Double Bedroom measures 5.7m x 2.7m with hot/cold air conditioning.

The living room is very large and is of approximately 5.9m x 3.9m and has a wood burner providing heat and a warm, welcoming glow during the winter and complete with its own oven where all cooking is done during the winter months.

There is a Storage room up-stairs which measures 4.7m x 1.5m with a washing machine. The Storage Room exits onto the Roof Terrace which measures 6.4m x 4m with truly panoramic views of the mountains in the distance and olive groves and farmland in front. The monastery crowns the hill overlooking Estepa.

It is a delight to sit out and dine during the summer months into the early hours with a glass of wine (as we do!). For fine wine and fine dining there is the Homenaje within a few paces. Paper work, plumbing and electrics are all up to date.

Estepa is a municipality in the extreme south-east of the province of Seville in the Sierra Sur de Sevilla. Its population was 12.631 inhabitants in 2013 of which some 500 were non-Spaniards. The town is located north of the Sierra del Becerro mountains.

Estepa is well known for its production of Christmas-time sweets, mainly mantecado, or traditional Spanish crumble cake, notable for being based on pork fat. Since 2009 the production of these confections have been protected by a protected designation of origin, Mantecados de Estepa. Estepa has 30 such factories. The factories produce about 18 million kilograms of Christmas sweets annually.

Other industries are gaining prominence in the area as well, such as Graphic Arts, mechanical constructions, machinery, factories, transport, slaughterhouses, limestone production, etc. South of the mountain range is an industrial estate called “The Heart of Andalucia” with more than 140,000m2 of surface area divided into 96 plots.

An important agricultural activity is olive growing: about 9,500 ha of land within the municipality is planted to olives and about 24 million kilograms of a protected designation of origin olive oil are produced annually.

From Wikipedia, the free encyclopedia 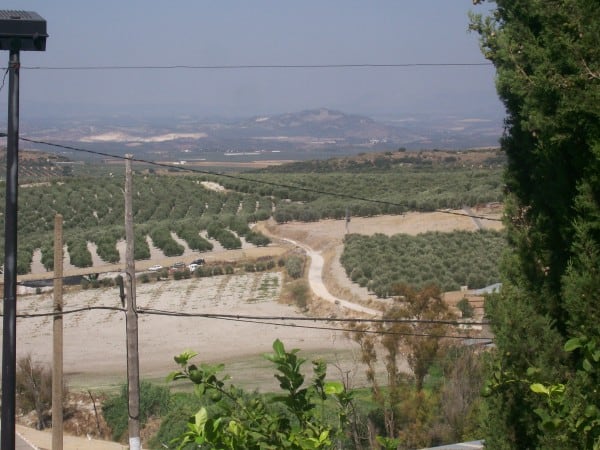