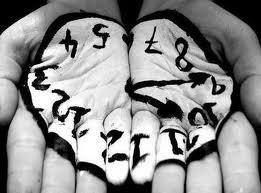 ALTHOUGH the system of bartering has been around for centuries, Spain now has a twist on this age-old tradition, and it’s called ‘The Time Bank’. Ask yourself, “Do you have time and want to use it? Share your time, help others and benefit from it?” If the answer is ‘yes’, then this relatively new idea could be of vital benefit in this time of economic crisis. In ‘The Time Bank’ the unit of payment is unsurprisingly; ‘time’!

Times change, and Torrevieja is no stranger to change, being one of the more progressive municipalities in the area. The decline in purchasing power of families and individuals coupled with the difficulty of finding a job or managing to keep one, is causing people to introduce a modem of lateral thinking in order to survive in society, as some people are having to constantly sharpen their wits. Consecutive Spanish governments have made it increasingly difficult for anyone, Spanish, British or otherwise to make a few extra euros on the side. Thus a few people have started to look for new ways to be able to help others and accept ‘Time’ instead of monetary compensation that will allow forward thinking individuals to possibly get ahead or just improve their quality of life.

Thus, a group of citizens have taken the first steps to create a Torrevieja ‘Time Bank’. The initiating group are putting the finishing touches to the idea and those who agree to implement it are still pending final formalization of the project. The intention is to have a physical location, which can register interested parties and businesses and track the trade of services. The first step taken was to create a platform and the place to go is on Facebook at ‘Banco de Tiempo Torrevieja’. All you need to do is click on the ‘I like’ icon, enter the Forum, let other members know what it is you need and what you are willing to offer, which starts the chain of favours.

According to www.timebanking.org, Time-banking is a means of exchange used to organise people and organisations around a purpose, where time is the principal currency. For every hour participants ‘deposit’ in a time-bank, perhaps by giving practical help and support to others, they are able to ‘withdraw’ equivalent support in time when they themselves are in need. In each case the participant decides what they can offer. Everyone’s time is equal, so one hour of my time is equal to one hour of your time, irrespective of whatever we choose to exchange. Because time-banks are just systems of exchange, they can be used in an almost endless variety of settings.

These might be ‘standalone’ time-banks, perhaps in a local community, where residents might organise social action using the principles of an hour for an hour. This might typically see a time-bank member earning a time credit by doing the shopping for an elderly member of the time-bank, and then spending that time credit on getting somebody else to provide baby-sitting support at a time when they are busy. This model might see organisations using time-banking as a tool for achieving their own outcomes and goals.

Time-banks can also work between organisations, as a system for trading assets and resources. Organisations, such as local businesses or public sector agencies, might place access to some of their resources into the time-bank. This might be the use of a minibus or sports hall, or particular skills that they have such as graphic design or legal advice. Organisations in the time-bank can then share, trade and exchange resources based on the hour for an hour principle. In reality however, time banks are most sustainable when these artificial boundaries are withdrawn, and the three models are brought together. In that way, people, organisations and public services can be brought together in time-banking marketplaces where skills, support and physical assets can be exchanged in an equitable manner.

Many cities in Spain have already created a Time Bank, so this was not a spontaneous occurrence of people living in Torrevieja. Locations in Spain including Alicante, Ciudad Real, Bilbao, Barcelona and many others already have similar initiatives and it is estimated that there are already over 170 time banks in Spain. Locally, one of the most organized is run through the Town Hall in San Javier, Murica – see their web. There website tells the story of the Time Bank, its advantages are shown as representative images, a calendar of events and it basically explains what this bank is all about, in which the unit of payment is not currency like the euro, the dollar, the pound of the peseta, but the hour, is all about. A little time on your hands? Now you know what to do with it!