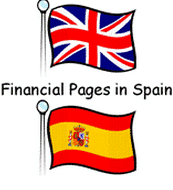 The Financial Conduct Authority (FCA), which replaced the FSA in April 2013, has made it MANDATORY that when UK regulated advisers meet clients who have moved or intend to move abroad, they must be told about the option of QROPS. This shows how important this option has become.

There is one question which is rarely asked but is also vital ‘Is QROPS right for me?’ So many adverts assume that it is, but a skilled adviser will also look at alternatives.

Taking account of major changes announced in the UK Budget 2014, some of which have happened and some which are planned, is also key. So you need advice not just an assumption that QROPS is right for you.

For most people, in the UK, their pension is their second biggest asset after their home. When they emigrate they have this important asset which needs careful control. Once the individual emigrates, or plans to emigrate, the possibility of transferring to a QROPS becomes an option, which the FCA insists must be discussed.

The principal advantages are;

The fund will be free of UK Inheritance Tax
In most situations, the income can be paid gross
Income limits imposed by HMRC will cease after a qualifying period
No requirement to buy an annuity, which is especially beneficial when interest rates are so low
The funds within the pension fund can be invested more flexibly. In fact, some QROPS Trustees allow self investment similar to a SIPP
Consolidation of disparate funds into one
Taking income is no longer controlled within the scheme rules but is more flexible.

Spain is NOT a good jurisdiction for QROPS

Spain does not recognise a trust structure, which is necessary to accept a UK pension. Therefore any potential transfer to a QROPS by a Spanish resident would take assets currently in held in trust, out of trust, with negative taxation consequences.

It is much better for Spanish residents to have the capital sums written in trust but outside Spain and then for any income to be taken and declared in Spain.

I am aware that people of many nationalities have, from working in the UK, preserved benefits. Good news – you do not have to take benefits when the scheme says so. You may also be entitled to a UK pension transfer to QROPS. Just email for more details,as below.

The best advisers will compare all jurisdictions before making a recommendation. The determining of your priorities should be the overriding reason for recommending a particular QROPS. Some advisers only deal with one provider in one jurisdiction.

Qualifying Recognised Overseas Pension Schemes (QROPS) are for professional advisers and their clients and hopefully the unqualified, unregulated imitators will disappear.

If you are concerned how the UK proposal to leave the EU might affect you and your UK pension, please enquire.
I guarantee that you will be given only REGULATED advice if you contact me (with brief details) by sending me an
email here 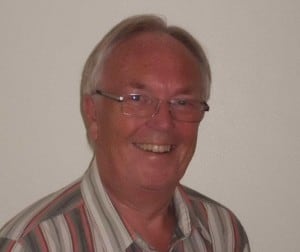