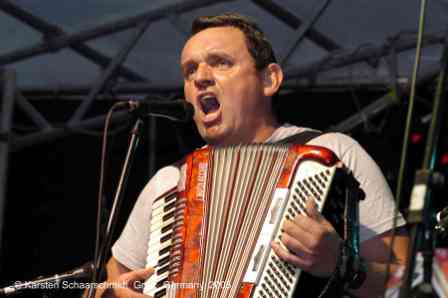 As I write this, Spain has just beaten France 2-0 in the quarter finals of the European Championships. A por ellos!

Shortly after the game, I got an unsolicited email asking me if I could help promote a football/charity story. I was pleased to reply to the writer that I would be delighted to assist. Stepan then sent me an interesting and moving account. I have uploaded it in its entirety.

I am Stepan Pasicznyk, Luton born, and was in the original line up of one-time John Peel (R.I.P.) favourites “The Ukrainians” when they had only just emerged as a spin-off from The Wedding Present. I am of Ukrainian and Irish descent and fluent in Ukrainian, being a songwriter in both Ukrainian and English. I live in East Barnet, Hertfordshire.

I have written a Euro 2012 song in a few languages, English and Ukrainian being the first and second ones, and then Spanish, Polish and French, which have been atttracting some interest. All the press/download QR codes e.t.c. info is here my own music site. Donations from sales will be made to Cancer Research UK. My Dad passed away earlier this year, a victim of cancer. I also have a Portuguese one written, ready to record in the next day or two, am working on more European language versions, and hoping to go beyond that for the next World cup. The sentiment is the same in each, one of upbeat optiism for ones team.

The English version is “We still believe that we can win” and the Spanish one is “Creemos en la Victoria” (We believe in victory). They are all written as if to sound that they came from each particular language initially, and can be sung together.

“We still believe that we can win”

So now the time’s already here

We live in hope and not in fear

To win or lose, to leave or stay

Will be decided on this day

Now we must dare to wish for more

As we have got this open door

The biggest game, the joy it brings

To show the world we can be kings

We still believe that we can win

Even to doubt this is a sin

Already been there we can believe

That we are about to

And in our team the strength to win

Will earn us all the right to be

Remembered in our history

And we will prove we are the best

When we have beaten all the rest

Because we’ve got this will to win

That says this time our luck is in

We still believe that we can win

Even to doubt this is a sin

Already been there we can believe

That we are about to

Simply search for “Euro 2012 song for England” on iTunes, HMV Digital or Amazon

Donations to be made to Cancer Research UK