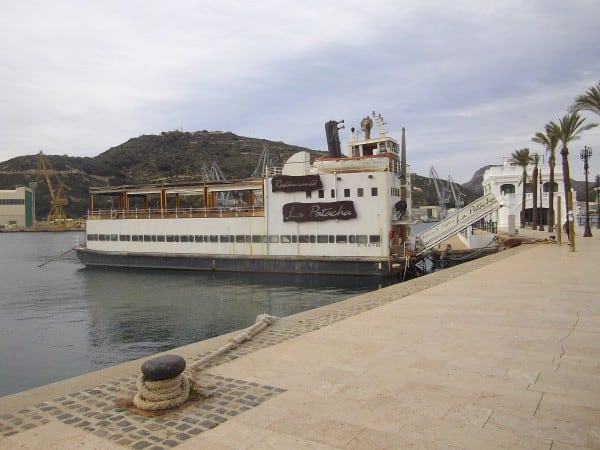 Cruise ship business has become huge in Cartagena in recent years. American, British, German and Dutch visitors are a common sight. The deep waters of the port allow even the largest liners to enter. Visitors usually only get a few hours to explore the city. The Roman Theatre, The Underwater Archaeology Museum and the Barrio Foro Romano are the most frequently visited attractions as they are all close enough to the port.

More than forty per cent of the local workforce is in catering which means there´s a fantastic choice of restaurants and tapas bars. Every year there is a tapas route in February or March. This has grown in size across the years. There are now 80 or so bars offering a tapas and drink for a mere 2.50. Districts within the city often have their own smaller tapas routes too. Cartagena has a large fish market which means the quality of the local seafood is unrivalled. The Marisqueria in Santa Lucia does an eat all you want seafood meal for 15 euros including a drink. And yes, I can say from personal experience that they do keep the dishes coming even if you have already eaten enough to feed a poor family for a week.

For those with a day or two to spare there are many other museums also: The Civil War Museum converted from old air-raid shelters, the Naval Museum which currently has an exhibition related to Spain´s Submarine Corps which celebrates its 100th anniversary. The Military Museum, The Glass Museum in Santa Lucia, The Punic Walls Museum, The Byzantine Wall Museum, The House of Fortune, The Augusteum and the Decumano.

Cartagena is also known for an impressive array of military fortifications spread along nearly 50 kilometres of coastline. Sadly, much of this is falling into decay. The Fuerte de Navidad has been restored immaculately and can be visited by road or by the Tourist Boat. It´s set in a very pleasant area of the port where many local fishers hangout. The mountains behind are good walking territory. The Castillitos battery on Cabo Tiñoso is also well-restored. This is accessible via a mountainous road from close to La Azohia. It was a runner-up in a competition for Spain´s prettiest corner run by Repsol.

Cartagena is built on five small hills and is close to several mountains. This makes it very good walking territory. None of the mountains are immensely high. Even the largest, Roldán, only takes an hour and a half to walk up. Five of these mountains and several hills are included in the yearly Ruta de las Fortalezas, a running or walking event that involves over 50 kilometres in 12 hours. Doing this event makes you realise how many beautiful sea views there are from cliff paths and vantage points. The Ruta has become very popular with fans of extreme atheltic events from all over Spain. It is quite hard to enter as so many thousands are competing for places online on the same day. This year, a small elite event on the side will allow supermen and superwomen to run 111 kilometres with some extra mountains thrown in.

Cartagena isn´t yet being sold internationally as a hill-walking destination, but it could be. People from the town are trying to get the fortifications listed as world patrimony. There are more than two dozen batteries, several castles and defence towers in the area. 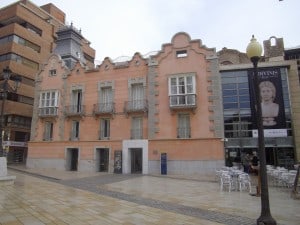 Cartagena probably has more of a range of periods of architecture than anywhere else in the world: Punic walls, Roman theatre and other remains, Byzantine mosaics, Mediaeval castle, Romanesque catedral, elegant eightenth century naval and military buildings, Art Nouveau palaces and stylish modern buildings, plus the huge range of the fortifications which span several centuries and many styles. The local University Polytechnic has converted several of the eighteenth century buildings into light airy spaces for lectures and concerts. They have also started an architecture course that is winning plaudits.

Cartagena has a couple of important music festivals with international stars, the Mar de Musica and the Jazz Festival. La Unión, ten kilometres away also has one of Spain´s foremost Flamenco festivals, the Cante de las Minas. La Unión is known as mining territory, although many of the surrounding mines are on Cartagena soil. Cartagena has not yet thought of restoring and advancing this as a part of tourism. The surrounding hills have the remains of several hundred mining castles, washeries, foundries, etcétera, which provide great opportunites for photographers.

The best beach in Cartagena is Cala Cortina which is much used by divers. Cabo de Palos is also popular. El Portús has a naturist beach and is popular for kayaking. There are other tiny beaches in spots like the shanty town of Algameca or accessible by long walks from Roldán and Cabo Tiñoso. 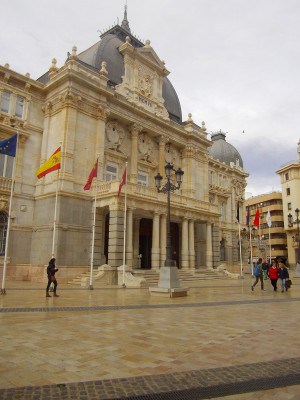 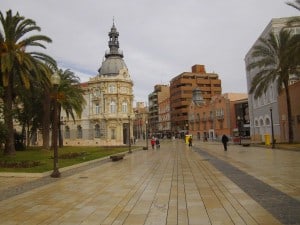 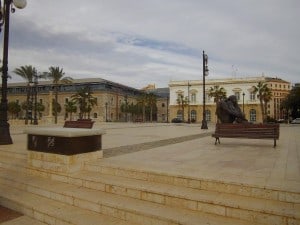