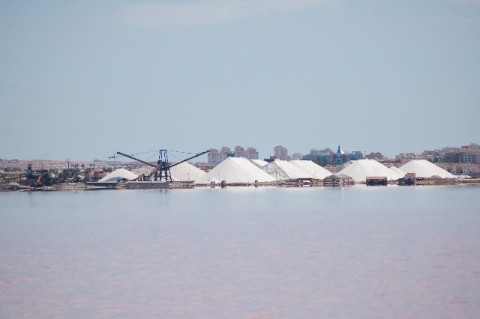 LAST WINTER’S harsh weather and abundance of snow in Northern Europe and even around Spain, has led to a change in fortunes for Torrevieja’s most valuable natural, commercial resource, Salt. While the majority of the city’s economy profits are mainly due of the influx of tourists who enjoy the clean air, sun, sea and sand, the major manufacturing in the city, remains as it was in Roman times; salt.

Nueva Compañia Arrendataria de las Salinas de Torrevieja S.A. is dedicated to the production and expansion of sea salt, which is formed by the lagoons of La Mata and Torrevieja. According to their figures, Salt production increased by 15%, up from 600,000 tons in 2010, to 700,000 tons this year.

And for those with a ‘need to know’, the salt process begins with the entry of the sea water into the lagoon of La Mata, where because of the evaporation caused by the sun and wind, it becomes heated and concentrated. From this lagoon it is transferred to the Torrevieja lagoon, where it is mixed with the brine, which has come from the diapiro or the underground salt deposit in Pinoso, that consists of five wells into which high pressure water is injected which then results in the salt dissolving. The resulting brine is carried by a 50 kilometre long pipeline to the Torrevieja lagoon where it mixes with the brine already there, which has come from the La Mata lagoon. Now you know!

The last few years have not been particularly profitable, with workers hours being cut to the minimum and until last winter, the site was looking to layoff a number of long-time employees. The company recently invested more than a million euros to improve many aspects of the zone, including improvements to the environmental impact from the process, upgrades to the facilities used in the complex extraction technique and even discussion as to a new visitors centre for the plant.

The turnover at the Salt works is around seven million euro, based on the current market price of ten euro per kilo of salt. What most of can see from afar are the process of when the salt is piled up in large heaps of about 20 metres in height, called ‘garberas’ or Salt hills. In this way the product, with a humidity level of 3%, acquires a generic denomination of damp salt and is perfectly suitable for any use for which it is required: de-icing roads, decalcifying water, chemical industry, food industry etc. and can be used no matter how old it my be.

As is usually the case, when we have something on our doorstep, we often don’t appreciate it but for those that would like to learn more, you should take an hour and visit the Salt Interpretation Centre, located across the road from the old RENFE Station and Natural History Museum. The centre offers an overview of Torrevieja’s salt industry, its history, closely intertwined in the natural environment and the interrelationship with the people of Torrevieja. In the centre you can see for yourself what industrial salt looks and feels like, images of, the salt lake as seen from inside, an overview of the extraction process as well as many aspects of the history of the exploitation of lagoons through the centuries and its close relationship with the town of Torrevieja, addressing topics such the formation of the salt harvesting, mining, technology and technology. More information can be found on www.torrevieja.es 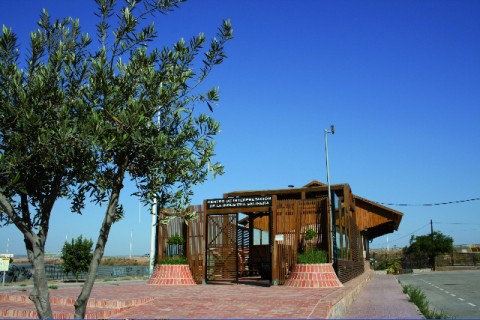