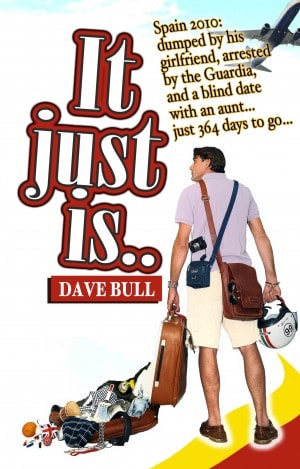 The book follows a year in Dave’s life including a good amount of helpful information but delivered in Dave’s unique manner that makes it interesting and informative, and of course fun! Some of what goes wrong for expats in Spain is their own fault…some is not, and Dave tries to distinguish between the two in a self-deprecating manner that makes this book so readable.

It Just Is… aims to help, entertain and amuse expats, those looking to move abroad (not only to Spain) and anyone who just enjoys a good laugh. I hope you can see that beneath my dashing good looks, charming exterior and rugged (yet comfy) complexion – is a pig ugly writer waiting to reach lots of interested readers.

Dave Bull has been living and working in Spain since 2000. Now a full-time writer he lives with his son, Mitch and two dogs on the Costa Blanca penning his experiences and observations on living life as an expat in Spain.
Always from his own ‘different’ perspective, he publishes one of the most successful magazines on the Costa Blanca and has been the Editor of two regional expat newspapers.

He’s clearly not professionally trained as a writer, but if you really have nothing better to do, have a read, (and a laugh) about Dave’s experiences at the hands of the Spanish – where he reveals, as ever, in his own unique style just what some of us expats get up to in Spain which in Daves’s case included getting arrested, getting dumped (often) and having a blind date…with an aunt…

Having had his own radio shows and now touring with his ‘One Man Show’ he is well known on the Costa Blanca and fast becoming a recognised name throughout the expat community in Spain and beyond. 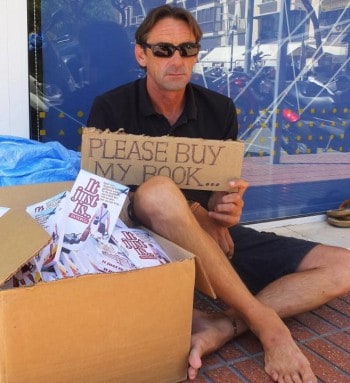