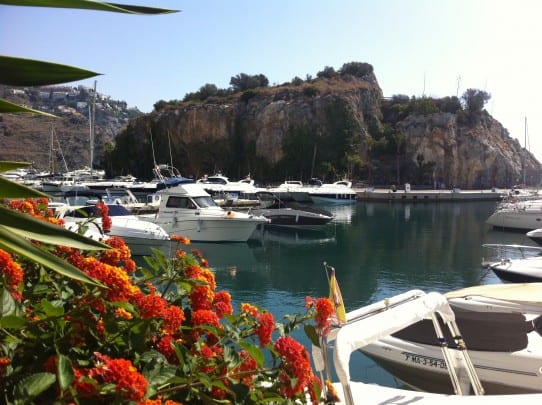 Well, my 90 Days Tour is coming to an end but there was no way I could not include Granada and I was delighted when “Miss Granada” Molly Sears-Piccavey volunteered to tell me something of the city she loves.

Many will know Granada Spain for the stunning Alhambra palace. This UNESCO monument is one of the most visited in Europe. The city of Granada has so much more to it. Some highlights are the streets of the Alcaiceria which are narrow and full of bazzar style shops, just like a Moroccan souk, the city´s generous tapas and locally produced wine, fruit and vegetables. The views of the snow capped Sierra Nevada mountains can be seen from the city and all around the province. If you are more of sun worshipper then Granada has the Costa Tropical just a short drive away, with its beaches, avocadoes and it´s own locally produced rum. Along the Costa Tropical one of the most popular hotels is in the bay at Velilla-Almuñecar: the Hotel Bahia Tropical 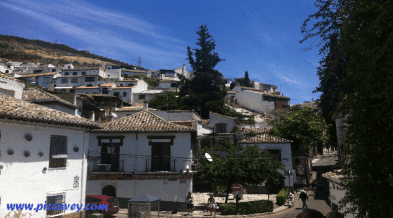 Granada certainly has something for everyone. Culture, museums, it´s own unique festivals and traditions, plenty of nightlife and sports activities too. The best time to visit is in springtime (March to May) or autumn (Mid Sept to End October) when temperatures are moderate and the main festivals are happening. In the Summertime (July and August) the locals tends to move to the Coast or inland to the Lecrin valley or Alpujarras regions which are cooler than the city. May is a special month as it is sunny and warm, all the flowers are out and the city celebrates the crosses of May.

The Cruces de mayo is one of the main festivals in Granada along with the Easter processions and the Corpus Christi or Feria which is at the beginning of June. Even if you visit when there isn´t a fiesta most weekends you can enjoy Craft markets, concerts and activities around the city. Don´t miss out on the delicious local wine and tapas. A good recommendation is Saffron Restaurant & Tapas on Calle San Anton

As you wander around the city you will notice the history surrounding you. The Koranic school, the 11th century arab baths, the cave houses of the Sacromonte, lots of churches, the jewish quarter, and the Albayzin. This city celebrated it´s millenium in 2013 and evidence of the city´s past can be seen all around you.

Granada is a city for strolling, paseando as they say in Spanish, I hope you enjoy your last mainland Spain stop here on your 90 day tour.