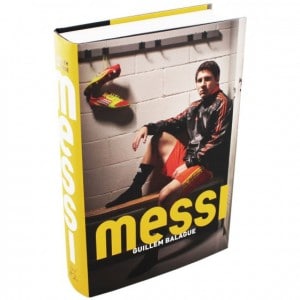 It’s not easy to understand what makes Leo Messi the player he is. He gives few interviews and when he does he gives little away. He prefers to keep his personal life to himself, and even his teammates, except for a select few, find him difficult to get to know. Guillem Balague, in his excellent biography on the Argentinian star titled simply ‘Messi’, goes in search of the player’s roots and tries to get an idea of what it must be like to be Leo Messi.

Balague takes us to Rosario to explore Messi’s early life. His family history is uncovered, even going back to his great grandparents who emigrated to Argentina from Europe. Few stones are left unturned in the story with a political history being outlined to give a background to the world into which Messi was born. We discover Leo’s weight and height at birth and also how his father Jorge came to enter his name as Lionel in the records and how he started chasing a ball from a very early age, there is even a look at his school reports. But mainly we are told the story of a reserved boy with a passion for the ball who loved nothing better than the long games played with his brothers and cousins every Sunday. There are interviews with his first coaches and with some of his first teammates who tell stories from the teams he played for as a child that demonstrate that Leo was already a very special player from a very young age.
The decision to uproot the entire family and move to Barcelona was not an easy one for the Messis. Balague reminds us of the economic crisis in Argentina but more important was the failure of Newell’s Old Boys to pay for the growth hormone treatment that Leo needed. For Barça there were also doubts about the youngster’s size, and Balague interviews the main movers and shakers within the club to uncover the story of how Messi was signed. There were problems within the Messi family with adaptation to Barcelona which led to his mother and siblings returning to Argentina leaving the 14-year-old with his father in Barcelona, and Balague explains the difficult position of Jorge Messi who had to combine the role of father with that of agent. 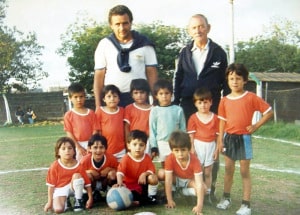 The early days in Barcelona sound like a lonely time for the young Messi but his strength of character and determination to succeed carry him through the rough times. On the field he continued to astound, and again there are anecdotes from coaches and teammates, including Cesc Fabregas and Gerard Piqué, which demonstrate the great impression Messi was already leaving as he progressed through the ranks of Barça’s youth academy.

Balague takes us through Messi’s rise to Barça’s first team while also revealing the problems the player had breaking into the Argentinian national side. We learn of the teammates who helped him most and also those like Juan Roman Riquelme who made things more difficult. The thrills and the pressure of Messi’s growing success are revealed as he earns his place in Frank Rijkaard’s team but there are also disappointments such as the injury which left him out of the 2006 Champions League Final.

Messi’s problems with injuries continued until the arrival of Pep Guardiola who managed to convince the player to improve his eating habits. Balague interviewed Guardiola at length for the book which reveals many insights into Barça’s success during the coach’s time in charge of the first team with details of his particular handling of Messi. The great matches and the Ballon d’Ors are recalled and Balague explores aspects of Messi’s fame such as his image and his rivalry with Cristiano Ronaldo. 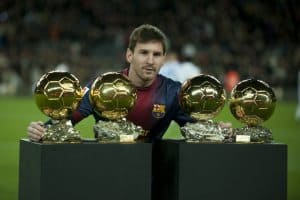 Messi’s incredible form at Barça is not matched with the national team. Balague looks at how the pressure of being compared to Diego Maradona takes its toll on Messi who finds it difficult to fit in. When Maradona becomes Argentina’s coach he fails to find the solution and it is not until Alejandro Sabella gets the job that Messi finally starts to find his form for the albiceleste.

The book takes us through Tito Vilanova’s year as Barça’s coach and into the first three months of Tata Martino’s reign. We begin to see new problems with injuries and the first problems with the tax office in Spain are revealed. Unfortunately the book ends near the beginning of Messi’s most difficult season, so although we see some symptoms to his drop in form we are left with many questions.

For someone with only a passing interest in Messi the 600 pages may seem a bit long-winded. However, for anyone wanting to know more about the Argentinian, Balague’s book will be insightful. Perhaps the only gripe for Barça fans will be Balague’s tendency to use the Spanish azulgrana rather than the Catalan blaugrana to refer to the club’s colours while referring to ex-Barça president Joan Laporta as Juan. However, the book is a good read and I can only hope that Balague is planning to write a sequel to take us through the remainder of Messi’s playing days.