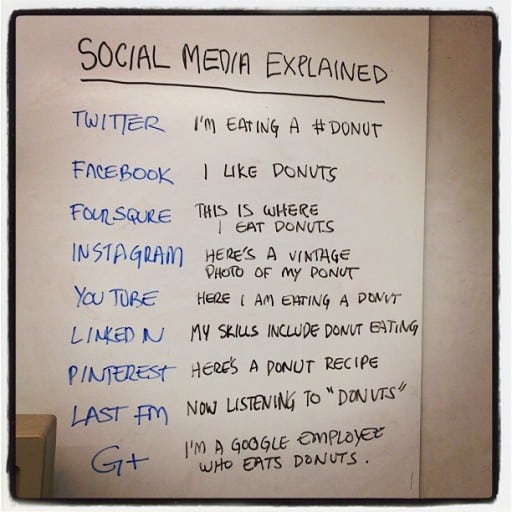 I was thinking what to call this but contractions like Spitter didn’t work. Finally let’s go with Twain (Twitter in Spain) to distinguish it from Twanish (which would be Twitter in Spanish which is a whole different area) So what is Twain? Twain means people who Twitter from or about Spain. I have recently been running a series of introductions to Spanish Twitter users on my blog here and it was suggested to me to introduce Twitter to the users of www.thisisspain.info as a way to get to know more about the country. @TwitterSpain is the official twitter account for Spain, incidentally.

What are you thinking or doing right now? That is the basic question. It is a way to tell everyone about what you are doing at the moment. Well that doesn’t sound very exciting does it? It isn’t but what you can do with Twitter is stunning. Twitter is becoming the default news site for breaking news in the World as people post links, photos and opinions on news stories and help keep others informed of what is going on.

A few years ago a plane ditched in the Hudson river in New York and one of the passengers Twittered the experience. The news was on Twitter 20 minutes before any of the news wires and photos and video used were taken by people with mobile devices and uploaded onto Twitter before the news media had the story.

In Iran the news blackout meant that the best way to get news out of the country was by Twittering events as this was much more difficult to control. (Today they have turned off mobile comms in Teheran as a result) The support of people’s avatars going green meant the story was not allowed to die. In the long run it make not make much difference but surely it is not long before the first social media driven revolution

Well known people and celebrities are using Twitter to keep in touch with their fans and directly communicate with them. Ashton Kutcher (Who I would not recognise if he smacked me in the mouth but I believe to be the hubby of Demi Moore) was the first Tweeter to get to 1 million fans and is now at 2 million. Oprah Winfrey twitters (or her helpers do) Lance Armstrong Twitters and Andy Murray is quite a prolific Twitter user.

Many reasons but here are a few.

Choice, you choose to follow the updates of someone and they may well follow you back (How can you use that in your business?)

Cost. What if all of your friends followed you and therefore you could direct message them by Twitter which costs nothing rather than using a text from your mobile?

Potential. How many people can you meet if your interesting Tweets are retweeted (Sent on by those who receive them so that their followers can see the message?) Imagine that Ashton Kutchner (Whoever he is) found your Tweet interesting and sent it to 2 million people to look at!

Search. Twitter is Google in real time. You find the latest news about anything you search for. It is a glorified search engine. It has limitations of course as a search engine but it cannot be denied that it is hugely up to date. If you are Twittering about your favourite football club regularly you will build up a following as long as your content is good.

If you are interested in what is going on in Spain, how people are living here and what is being said about the country then you cannot find a better way to do this than Twitter. You can search for a city, region, business, property or whatever you want in Spain and you will most probably find it. How you then keep that information is important too and that is where RSS comes in. You can keep your searches and follow them daily on an RSS feed through Google Reader or your mail programme. For more about that you can mail me on grahunt@gmail.com and I will direct you to a video about it.

So anyway just for starters here are 50 Twitterers based in Spain that you would do well to follow. If you haven’t got a Twitter account then try www.twitter.com and sign up with a username and password then search for the following people. They are in no particular order of relevance and also without any criteria for following one more than another if you are interested in the country. Of course you can follow me on Twitter at @grahunt. Most of these people Twitter in English, the Spanish list is obviously different but that is another blog post altogether.

(And for the rest of my contacts and anyone in Spain who is not on here do not take offence. You can ask me to add you.)

1) @grahunt This is me so obviously the most important Twitter User in Spain.

2) @thisisspain The host of the blog where this article first appeared is Steve twittering from Fuengirola and Torrevieja about those two towns, Spain and football

3) @thisisspaininfo – Steve again with more Insights For Visitors and Residents

4) @moneysaverspain – tweeting about how to save on everything in Spain

5) @hotcosta – any/every event in Spain should be listed here. No cost!

6) @girasolhomes Major estate agency with multiple offices and many years of experience in Spain.

7) @costawomen tweeting the support network for Women in Spain, or Women who want to relocate. Highlighted as a top Twitter account for expat advice by The Telegraph.

9) @sscullion Living in God’s own country of Asturias and loving the rain up there.

12) @TapasInMalaga Eat your way round Málaga on a unique tapas tour.

13) @Matthewbennett Our Murcia representative twittering bilingually usually so you can work out what the Spanish one is from the English one at roughly the same time.

14) @RandomGoodStuff As the name suggests brings a cornucopia of random stuff from the web for you to look at. Based in Valencia

17) @denia_property Helping you find your own piece of Costa Blanca paradise, Denia Property (part of the Valencia Property group)

18) @gospain Writing about Spain for About.com and recently Twittered the Camino de Santiago

19) @LaBarceloneta Musings on life the Universe and everything from Barcelona

23) @thebadrash Tom Clarke is again in Barcelona and runs an excellent political blogsite too.

26) @sinpaella “Anything But Paella – A Different Side of Spain”

31) @visitseville If you want to follow a whole city!!! News and views from Seville of course.

34) @pittkethley Fiona writes a lot about Cartagena. One of the most prolific Twitterers in Spain

36) @justinparks (Justin has reminded me I had forgotten him) Excellent social media news from Southern Spain. Not much info about Spain yet but that will come.

37) @gabriellaopaz I have already recommended @ryanopaz and did a great joint interview with them. If you need to know more about Spanish Wines these are the people to follow

38) @KeithSpitalnick For all of you news about the Exchange Rate. Based in Marbella and Tweets regularly about the Costa

40) @thelawinspain As the name suggests links and articles about legal matters in Spain. Interesting links posted.

41) @maackers Drinking beer and hanging out in Valencia. Internet professional.

42) @linnetwoods One of the most prolific Spanish based Twitterers (41000+ Updates) living on a schooner off the Balearic Islands and doing quizzes for people every night more or less. A writer by trade.

43) @abroadinspain Tales from an American living in Burgos of all places as he teaches English and blogs.

44) @spanishman Stan the Man twitters from the Costa Blanca and wears the Suit Of Lights so beloved of Spanish bullfighters on his profile page.

45) @benicassimfest All the news about the big music festival coming up in Benicassim as it does each and every year. Think Glastonbury with sun sea and sand and with a distinct lack of mud and you just about have it.

46) @lifemax_europe Oh that’s me again so you really should follow. Especially if you have high cholesterol or depression issues.

48) @retiringoleway Based in Jumilla in inland Murcia, Sue has just written a book on the area and her experiences.

50) @rojasjoan Most tweets are in English but the bio says ‘Editor of La Casa Rojas, an On-Line Magazine which features original articles, written and recorded by authors from all over Hispanoamerica and Spain’

51) @GranCanLocal offers hints and tips to short- and long-term visitors to Gran Canaria.

52) @MatthewHirtes is a resource for Spanish expats and those interested in links to quality journalism.

53) @setmeravelles Pop culture, travel, Spain, life, anything and everything else Pablo wants to comment on.

54) @piccavey Excellent writer with excellent tweets,Sharing life in Spain since 1998…Food Travel & Culture in Andalusia and beyond

55) @PerriTravels Perri shares tips, guides and inspiration for anyone seeking the Spanish sun.

Doing research for this and the other articles I found that it seems to me that many people in Spain do not get Twitter. They just use it to try and get some reply from a celebrity also on Twitter. Remember, use it to communicate and post good and relevant content not to get desperate attention. These people all get Twitter and use it right.

Twitter itself is not the greatest webpage in the World. To get the best user experience download Tweetdeck or Seesmic Desktop. They are ‘Twitter Clients’, programmes specifically thought of for using Twitter. In these programmes you can more easily see Direct messages to you and replies made to you that everyone else can see too known as @replies. If you are really keen you can also have more than one account through them and post from your personal and then business account for example.

So get yourself a Twitter account if you haven’t got one by going to www.twitter.com and signing up. Then click on everyone here and you will get loads of great information about Spain each and every day. Also answer their tweets and create your own content and you might well find you have new friends all over the Peninsula.

In September 2012 the UK Telegraph interviewed Graham about the development of twitter in expatshire. The article is here.

Some additional “Must follows”