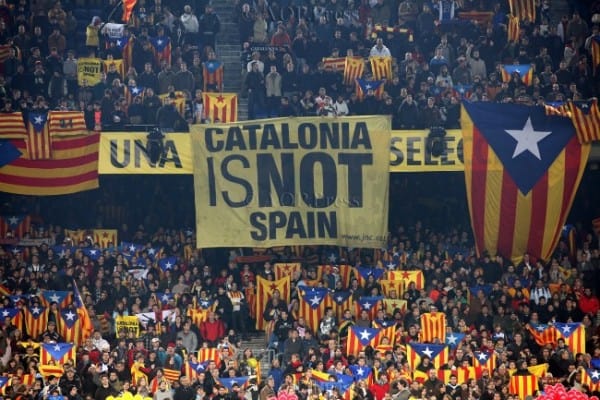 Catalonia is not Spain

Catalonia Is Not Spain: A Historical Perspective by Simon Harris, author of the acclaimed Going Native in Catalonia.

Simon lived in Barcelona from 1988 and integrated into Catalan society to such an extent that he speaks Catalan to native level and this means that he is able to take the reader inside and explain deep-seated cultural and historical rivalries in ways that are understandable to the foreign reader.

In fact, the book opens with an account of how, over a 20 year period, he became seduced by Catalan culture in general and its language in particular and finally came to the conclusion that independence was not only the best solution for Catalonia but also funnily enough for Spain. The book is certainly no angry rant but rather a tender and sometimes melancholy look at a relationship that simply doesn’t work.

Written from an often misunderstood Catalan point of view, the history of the Iberiam peninsula with the Reconquest from the Moors, the Discovery of the Americas, the War of the Spanish Succession and Franco’s Dictatorship as just a few of the highlights is a great story apart from anything else. Whether you agree with Simon’s conclusions or not, after you finish Catalonia Is Not Spain: A Historical Perspective you’ll definitely have a deeper understanding of the different peoples that make up the Spanish state.

Simon is at the rewriting and editing stage and hopes to publish before the planned consultation on Catalan independence on November 9th. If the referendum goes ahead and the Catalans vote for independence, there will be a long process of negotiation between Catalonia and Spain. If as expected the Spanish government blocks the vote, then who knows what will happen but one thing is for sure … The Catalan Question is here to stay for quite some time.

….and if you want an American’s perspective on the matter, Michael Cline has some interesting thoughts on Medium