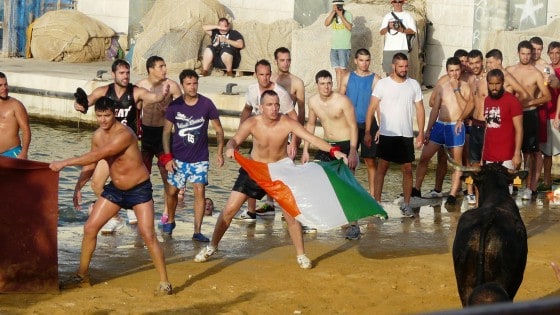 There was high drama in Denia during its recent Bull Run fiesta (Saturday, 04.07.15). The bulls, corralled in the harbour front arena, teased by crowds of mostly teenagers, had their victories too. There were injuries suffered by youngsters whose courage exceeded prudence. At least one bull took the lunge and plunge, which added much to the drama. Spaniard Diego Romero Herrevelo was a lucky survivor. (picture) Ironically, the most daring appeared to be an Irishman flaunting the Irish tricolour. 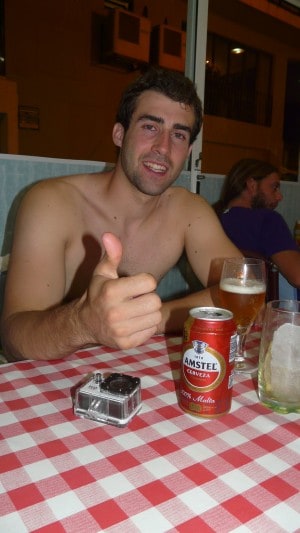