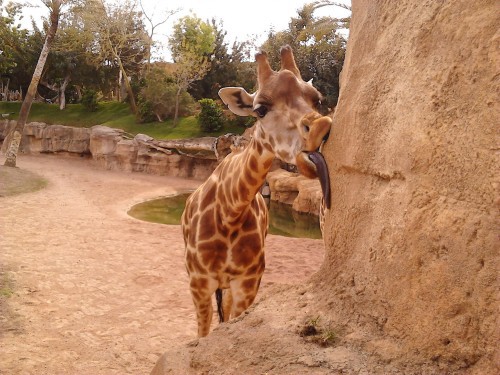 Oh, dear. What is it with Steve, cameras and Valencia. Last time I was here I had problems. This time too. Anyway, fear not, where there’s a will there’s a way and on the Gallery Page you will see a fantastic range of images of BIOPARC Valencia here. Everybody who knows me knows that I am a huge fan of animals. In Fuengirola, I am fortunate to have lived 300 meters from BIOPARC Fuengirola for 6 years. I knew, then, that BIOPARC Valencia was going to be an absolute highlight of the 90 Days. It was! My friend Asun Portillo from the marketing department at Fuengirola had been kind enough to introduce me to Kielo Bokokó Fernández in Valencia and he came out to welcome me. 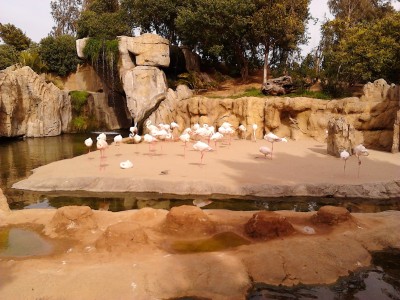 I sometimes have difficulty explaining what the BIOPARCs are but, let’s be clear, they are not zoos in the accepted meaning of the word. Here there are no cages and the animals live together in as natural environment as possible. Yes, just like the jungles and the grasslands, the animals are often sharing water from the same pond or claiming the same bit of shade from the sun. It is so exciting to be close to these mythical animals like giraffes and hippos, flamingos and meerkats. You are literally inches away from many of them and it is as if they are as interested in you as you are in them. A couple of words of advice. Give yourself plenty of time. I was stunned to see that I had been there three hours. I even had to check the clock on my phone. Time just flew by. I would also recommend that you attend the presentations and displays. They gave a lot of background information and answered a lot of my questions. Everyone will have their favourites and there absolutely is something for everybody. The other thing that I would like to highlight is what fantastic value the BIOPARC is. If you live locally and get the annual pass (the “Entrada Berde”) it can be literally cents per visit.

I had intended to go direct from the BIOPARC to the City of Arts and Sciences but I had spent so long among the mammals that I decided to leave that for another day. Another day? Yes, the people in the Valenciaflats had told me that it was the Valencia Boat Show this weekend and I quickly decided to add three days to my stay in the city to visit the show. I am a huge fan of water – think I should have been a fish – so I was not going to miss the opportunity to see what’s new nautical and marine-wise. In all honesty, it was also an excuse to catch Levante v Espanyol on Friday night too! So, yes, more time to look around this fascinating city. 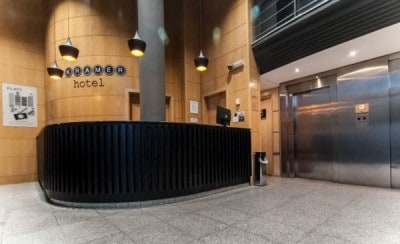 Close to the BIOPARC is a new hotel that I had heard a lot of so I decided to take a peek on the way back home. The Hotel Kramer is described as a “budget” hotel so I had the impression of some Holiday Inn Express or Travelodge but, no, whilst the prices are indeed “económico” and , there is absolutely nothing budget about the hotel. It has a terrific location with easy access to the motorways, airports, the Metro (Turia), the bus station and, as I said Bioparc. It is modern, welcoming and absolutely spotless. The staff were friendly and professional and gave the impression that they were genuinely glad to see and serve you. In fact, that has been my overwhelming impression about Valencia. Compared to Barcelona and Madrid, I have found everybody friendly and attentive…….even in a bank! There is a super bar/restaurant at the Hotel Kramer and after four hours on my feet it was good to have a coffee. I was a bit cheeky and introduced myself to a charming lady and told her about the tour and what a great stay I had had at Valencia Flats. She kindly gave me a quick tour and I have definitely added this to my “Bucket List” when I return to Valencia. The rooms are spacious, light/airy, immaculate and with lots of power points. (Free Wi-Fi everywhere!) With my deafness, I did not catch her name but she was a credit to the hotel. I have added a page to ThisIsSpain as a “Thanks!” 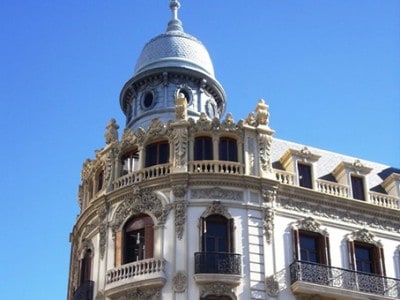 Like many days on the road the agenda had changed and I decided to get a couple of hours in at Regus Office centre. They have two offices in Valencia and I chose the one I had seen, right in the main Town Hall Square. The building is “historic” and perhaps not displaying the usual hi-tech Regus image but inside it was back to normal. Blindingly fast wifi, quality printers and scanners …… and more coffee. Not many people know, I have found, but you can buy a season ticket for Regus so that you can hot desk anywhere in the world. I think I have visited 50+ branches and Valencia was to the same high standard. The Regus concept is a fantastic way to get privacy, access to top quality office equipment. They are always professionally staffed with guys and girls who are prepared to go the extra mile to find a theatre ticket or give directions to your next appointment. I found they have another office very close to the Palacio de Congresos so I will maybe pop in there when I pass tomorrow. Favourites? Marbella (ultra-professional, pro-active management) St. Albans, Málaga (great location, terrific staff) and Skøyen, Oslo …..where I was stuck in a huge and lengthy blizzard!

So, a super day, lots to write up, lots to plan and one more day ticked off on my 90 Day tour of Spain …. that looks like it will last more than 90 days!