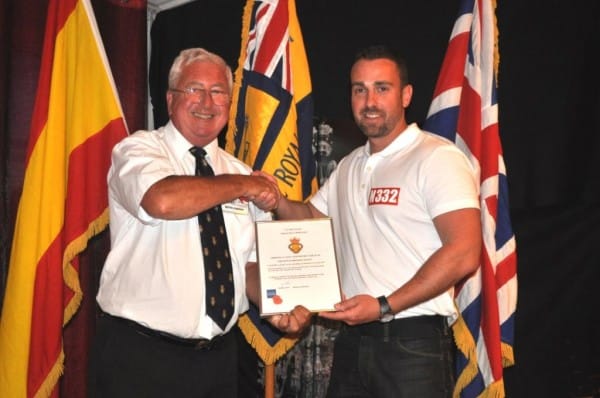 Members of the N332 team visited the Orihuela Costa branch of the Royal British Legion last week, to give an explanation of both the project and a presentation answering some of the most common questions relating to traffic laws and driving in Spain.

The members of the group seemed excited about the presentation and were attentive throughout, as Mark Nolan first explained the history of the N332 project, the Facebook page and accompanying website, before Francisco Morales, a serving officer from the Guardia Civil traffic police, took over and presented a series of images and explanations.
Francisco started by explaining a little about his own background as a serving Guardia Civil officer, and how he and the corps are active around the globe, serving as Military Police in areas where Spanish troops are engaged in peacekeeping and conflict zones.

Francisco then moved on to answer many of those common questions, from documents you are required to carry in the car, changing a wheel on the roadside, buying and selling a used vehicle, and even the speed limit of mobility scooters, amongst other topics, including an explanation about how only uniformed traffic officers are allowed to take cash payments for fines, and the finer details of how to spot an unmarked traffic patrol car. This was not to give drivers to opportunity to avoid being caught by the unmarked cars, in fact it wasn´t a local car that was described, but allows drivers to identify the real police after numerous fraudsters have tried to mimic the police to stop innocent and unknowing drivers and some of those drivers have subsequently become victims of crime.

At the end of the talk, Francisco was presented with a certificate from the Royal British Legion, thanking everybody involved for both their work and their commitment to groups like the RBL, who offer help and advice to countless people during their work here in Spain. 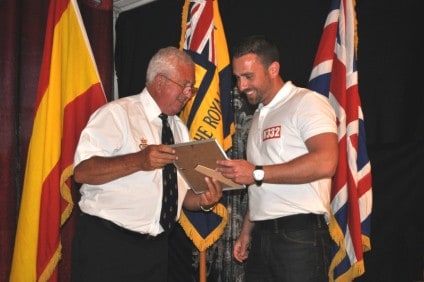