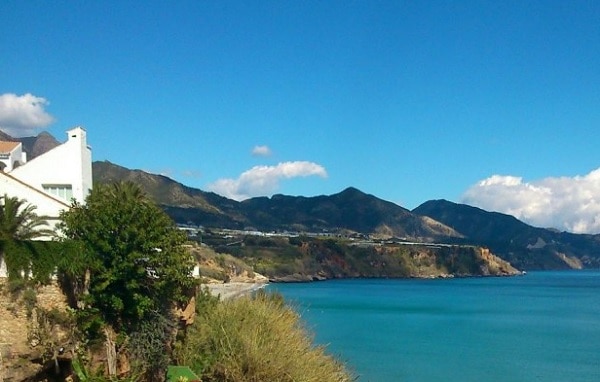 Nerja – The Jewel in the Crown of the Costa Del Sol

Perched precariously on the edge of the Alboran Sea sits Nerja, jewel in the crown of the eastern Costa del Sol and part of the area known as the Axarquia. The Balcón de Europa area is the usual starting point for any visit to Nerja. Lined with shops and bars, the Balcn itself was the site of gun emplacements until 1812 when they were destroyed during the Peninsular War.

The sun has certainly shone on Nerja. Nerja has a fascinating and chequered history, commencing with the Romans. It has risen from a fairly impoverished fishing village to a thriving, bustling, cosmopolitan town in an incredibly short time. Since 1959 when the Nerja caves were “discovered”, foreigners have arrived in droves. Nerja’s history is not just because of the maze of caves and potholes leading from the caves at nearby Maro, which, it is said, stretch to Granada, but also because of the Moorish influence – they called it “Narixa” (meaning “abundant spring”) but also because of the earthquake which devastated the whole area in 1885. The ruler at the time, King Alonso XII, is said to have been fascinated by the area as have generations of people, both incomers and residents.

Although some areas of Nerja have been developed and urbanisations have sprung up offering both holiday homes and residences to the influx of mainly British expatriates, there is still a charm about the place. You can meander around the labyrinth of streets for hours, admiring the different architectures and styles of buildings. The Plaza de Espana with its spacious underground car park is a fairly new addition to the delights of Nerja and a great place to sit and relax, seconds away from the buzz of the Balcon area with the museum just around the corner.

Calle Prol Hernando de Carabeo leading east from the Balcon is a charming street, mainly pedestrianised so you can walk in comfort and admire the small town houses and larger villas. There are a couple of small balconies from where you can oversee the delights of the Carabeo beach, just one of the many small coves and bays which Nerja has to offer. The biggest beach is Burriana on the eastern edge of the town with its myriad of cafes, bars and restaurants. The visitor really is spoiled for choice.

Nerja is always full of flowers and plants. Be amazed by the way the local people have decorated the electricity cables slung across the street with climbing plants! This is not an accidental phenomenon!

Nerja is of course on the burgeoning Senda Litoral, a coastal route of over 180 kilometres launched by the Diputación de Malaga which aims to link all 14 coastal municipalities once it is complete. Nerja has long been a favourite destination for outdoor lovers. Right on the edge of the Sierras Almijaras and the Sierra Tejada, it is an ideal area for walkers and nature lovers. Sierra de Burno broods menacingly over Nerja but offering great opportunities for mountain biking, hiking and bird watching. The many bays are great for diving and snorkelling.

Visit Nerja …. you will not be disappointed!