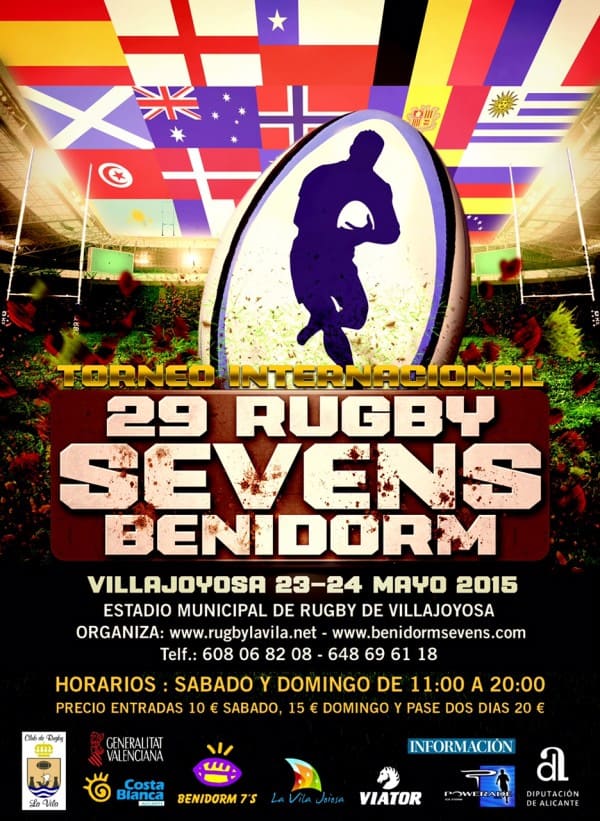 This year was the 29th year running of the event, and as usual the tournament was held over two days

The Villajoyosa based club were rewarded by a large attendance of rugby fans from far and wide who appreciated the quality of rugby provided by the 16 teams who took part in this increasingly popular tournament.

As for the tournament itself there were 16 teams represented, mainly from Russia, Scotland, England, France, Kazakhstan, Chile, Denmark, Andorra, Belgium and Spain

Of the International section teams playing on Saturday, Russia, Chile, Hawick Scotland, Impact 7s France, Bite bandits England, Bearnaise France and La Vila Spain, all displayed good from to move into the next stage of their Gold Cup Competition

As a result of these games, Russia National Selection, Impact 7s Chile National selection and Bite Bandits competed for a place in the International Cup Final

These matches resulted in Russia v Impacts 7s won by Russia 39-14 and Chile v Bandits, won by Chile for 36-0

As a result, the spectators, were rewarded with the Gold Cup Final clash between Russia and the Chile national teams, the two best teams in the whole tournament

The moment that many of the spectators had awaited, arrived when Russia and Chile took the field, in the final of the International section

A real battle had been expected between two specialists in the art of 7s rugby, but in a brilliant display, Russia beat Chile by 36-5. 1.500 euros prize money for the winners. 700 euros for the runners up

La Vila Rugby Club is situated at Carretera Pantano, Villajoyosa. Just take the motorway AP-7 exit Nº 66 (Villajoyosa). At the first roundabout head for the mountain. It is about 1 km from Motorway exist nº 66.