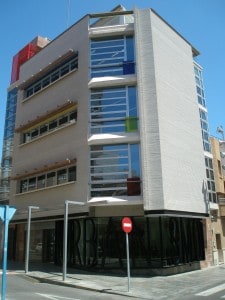 THE CITY of Torrevieja saw a return to positive ways over the last year, Urban data showing an increase of 40% on the amount of building applications received.

In January 2015, Councillor for Town Planning of the City of Torrevieja, Francisco Moreno, announced the annual statistics of the year 2014 (from January 1st to December 31st), in terms of Planning and Activities, which demonstrate the favourable upturn in activities for the construction sector and overall economic activity in the town of Torrevieja.

Francisco Moreno noted that the most significant data was for the increase in the number of properties requested, which amounted to a total of 778, compared to 558 in 2013, which represents a percentage increase of 39.42%. The Councillor of Planning stressed that Torrevieja has also shown an increase on the number of building permits, compared to 2013, which again confirmed that confidence was returning to the city in a year that Torrevieja has become a benchmark for growth and dynamism in the productive fabric in Spain. In particular, more work licenses were granted in 2014, with a total of 172, a 19.44% rise on 2013; 144 licenses were initiated for major work; while minor works amounted to 1,010 in total, 11.11% more than in 2013 when 909 licenses were applied for.

Other areas that have seen growth include the passing of almost four out of five licenses for minor works and increased licensing of occupancy (certificates of occupancy) during 2014 amounting to a total of 3,873, which is 15.51% more than in 2013, when 3,353 licenses were processed. Moreno reported that Torrevieja continues to receive a significant volume for the license request for second home occupation, having achieved a balance over the last four years (2011-14), reaching the average of about 3,300 licenses per year. Also, first occupation licenses requested, associated with new housing, amounted to 493, while 333 applications were made in 2013, resulting in an increase of 48.05%, a very important fact that it reflects both the economic impact activity that construction has on tourism and the economy in general in the city.

Moreno also highlighted the importance of the Law 6/2014 for Safety, Quality and Environmental Control Activities, adopted by the Valencian government last year, 2014 that has substantially eased the administrative burden on procedures for activities. The result of this is that 90.15% of new activity licenses were processed in Torrevieja, an increase of 1.01%. Most of the new opening licences have been in the hospitality industry, approximately amounting to between 40 to 50.

In 2014, Local Government also issued a total of 58 coercive fines, amounting to 116,703€. These fines imposed by the Planning Department do not relieve the obligation of the demolition of an illegal build. In 2014. Francisco Moreno expected continued growth throughout this year of 2015 and in view of this data and indexes, generally for the national economy, with the city of Torrevieja remaining an attractive location for tourism and for all such economic and productive activities.