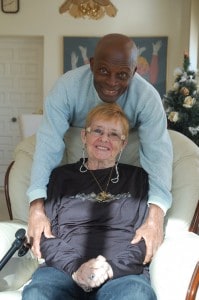 In 2004 Vernon and Wendy Nesbeth arrived in Torrevieja to start the latest stage of their life together. However, most people they come into contact with have little or no idea of the couple’s long standing background in the British Entertainment scene during the late 1950s and 60s.

Recently, a video crew from the BBC visited Vernon and Wendy to capture their memories about the early days of British Rock’n’Roll and Do Wop, of which they were heavily involved with. Vernon was the founder member of the longest running male vocal group in British pop music history; ‘The Southlanders’ who have toured all over the world in hotels, theatres, on cruise ships (including the QE2), stadiums, television, film and varied cabaret rooms for almost 60 years.

If you are still none the wiser, ‘The Southlanders’ are a Jamaican British vocal group who formed in 1953 upon the suggestion of vocal coach Edrick Connor, who asked Vernon Nesbeth to form a group to record Caribbean music albums. Their biggest commercial hit was 1958’s cover version of ‘Alone’, which sold over one million copies and reached number 17 in the UK charts but the song they are most identified with is ‘I am a Mole and I Live in a Hole’, of which the unforgettable title line from the song was spoken by the group’s bass voice Harry Wilmot, father of comedian Gary Wilmot. The song failed to make the UK Singles Chart in 1958, but has been performed at every Southlanders’ event since its release. Vernon said that the group tried to take the song out of their set but that club managers and audiences insisted upon hearing it. “It’s become protected. Untouchable. We’ve even sung it in Japanese” said Nesbeth.

Wendy is a former professional dancer and although she resisted Vernon’s first attempts to chat her up, they became a couple, then went their separate professional ways, and then finally got back together again and married 42 years ago. Both of them have story after story to tell; a real kiss and tell of what life was really like back in the early days of rock’n’roll, such was the attraction of the BBC to talk to Vernon. Wendy even lived above ‘The 2i’s Coffee Bar’, at 59 Old Compton Street, Soho, London in the days when the basement coffee bar featured live music and several stars were discovered or performed there. Wendy rubbed shoulders with them all including such household names as Tommy Steele, Cliff Richard, Hank Marvin, Jet Harris, Wee Willie Harris, Adam Faith, Joe Brown, Eden Kane, Screaming Lord Sutch, Tony Sheridan, Johnny Kidd, Jet Harris and many others, but that’s another story. There is YouTube teaser of the BBC interview which is already online while more information about Vernon can be found at: www.southlanders.biz 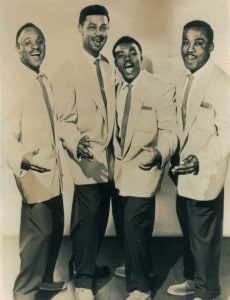