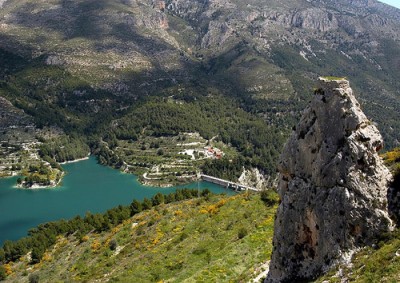 An expat guide to living and working in Spain

What makes Spain a great place to work? The work/life balance? The opportunities? The disposable income? Or is it a combination of these things? We explore working life in Spain and reveal the highest earning sectors, quality of life, healthcare, and culture.

When expats list the benefits of living and working in Spain, quality of life outstrips career satisfaction and prospects by some distance. The 2018 InterNations Expat Insider report ranks Spain eighth for quality of life out of the 68 countries surveyed, and a comparatively lowly 41st for work. Bare figures can reveal the generalities; the bigger picture is between the numbers.

While there’s no denying that average salaries are lower compared with other countries, many expats would probably view this as beside the point. Citing an across-the-board satisfaction with climate, healthcare, family life and the ease of settling in, expats consistently note the lower cost of living in Spain allied to a better quality of life. This means higher disposable income and both the time and the opportunity to dispose of it.

Job openings exist across all Spain’s main sectors as the economy recovers, though there are regional differences. A rosier employment picture in Madrid, where a thriving service sector accounts for 87% of jobs, stands in stark contrast to Andalucia, where unemployment rates are among the highest in Europe. Overall, the trend is towards an improving economy as Spain pulls out of the crisis years, though its legacy remains.

Many Spaniards left the country in search of work and have not returned, which may be one factor in the skills shortages that have emerged in some key sectors. In response, the government has relaxed some of the more onerous restrictions on employing foreign professionals who are qualified in those areas, which include teaching, medicine, and engineering. 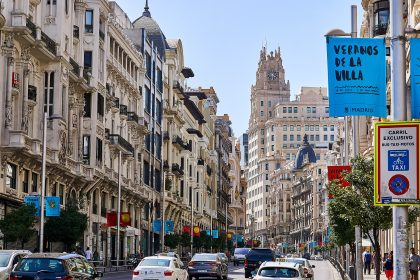 Where the jobs are

Manufacturing is a major driver of Spain’s economy and analysts regard the sector’s strong performance in 2017 as an encouraging sign – good news for those seeking careers with the country’s top automobile manufacturers (including SEAT, Ford, General Motors and Daimler) or with the leading pharmaceutical employers (mainly based in Barcelona and Madrid). The finance and IT industries are also showing signs of strength in the main cities and are the sectors in which the highest salaries and most promising career prospects are to be found.

Madrid is home to headquarters for Banco Santander, communications giant Telefónica, and energy business Repsol-YPF. There are also opportunities in the energy, logistics and transportation sectors, especially for expats based in and around larger cities and the capital.

There’s certainly no shortage of employment opportunities in Spain’s largest sector: tourism. It’s difficult to overstate the importance of the industry to the economy: in the world’s second most-visited country, tourism accounts for 11% of Spain’s GDP (gross domestic product) and is now the largest employment sector, either directly and indirectly supporting 2.9m jobs. Catalonia, Andalucía, and Madrid are the largest regions for tourism in mainland Spain, while the Canary and Balearic Islands topped the chart for visitor numbers in 2017.

Many jobs in the tourism and hospitality sector are seasonal, often paying the minimum wage. Short-term contracts are the norm, but it’s a useful option especially for graduates looking for temporary work while seeking permanent employment. It’s also a good way to brush up on your language skills and – crucially – network with locals and expats.

Teaching English as a foreign language (TEFL) is another stop-gap option while establishing a firm footing in Spain, but be advised: lots of people have the same idea. Those who hold a TEFL qualification stand a much better chance of finding reasonably paid work either with an employer or as a private tutor. 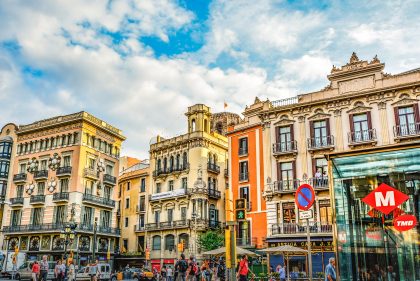 So much for where the jobs are, but what is it like to work in Spain?

The working week is, by statute, around 40 hours (no more than nine hours a day) and employees working at larger, city-centre multi-nationals often follow a 9am to 5pm pattern. Elsewhere the working day is sliced a little differently, with a longer lunch break and a later hometime. Lunchtime is generally a two- or three-hour affair, and lunch really does mean lunch: it’s for eating, meeting and socialising with co-workers. Relationships matter in the workplace, and this is a good time to build them – it’s not all shop-talk, this is also getting-to-know-you time.

Workers in Spain are blessed with one of the most generous statutory holiday entitlements in Europe. By law, annual leave must be a minimum of 30 days (pro rata for part-time employees) and can’t be cashed in for payment. There are also eight national and four regional public holidays, not counting the puente (bridge), which swings into view when a public holiday falls on a Tuesday or Thursday. In this case the holiday is folded into the weekend with the intervening Monday or Friday to create a four-day break (Spanish schools do the same).

Once again, the numbers tell only part of the story. Working life in Spain is far from the laid-back round of siestas and fiestas that underpin the usual stereotypes. Spain’s economy is modern, flexible more diverse and more responsive than ever before (watch out for potential growth in life sciences and the digital economy). It’s also the 14th largest economy in the world, from which it’s safe to conclude that a lot of work is being done, a lot of the time. And as it gets done, so does the living. So, for expats hoping to work to live rather than live to work, Spain may just be the answer.