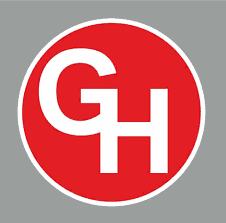 Time to take a sharp breath and inhale the Anti-Tobacco Law ….

The Spanish smoking laws, which came into force at the beginning of 2011 caused something of a furor. Interestingly the non-smokers seemed to be as much “up in arms” about the new laws as smokers. Whatever your view point however it seems that for the time being at least, the smoking laws are here to stay. But how do these laws affect the bar or restaurant owner? And if you are planning to purchase a bar in the near future should you be worried about these new regulations? With the papers full of horror stories and complaints from small businesses who say the new laws are affecting their trade, it’s no surprise that people are worried. In general however new laws always take a bit of getting used to and over a period of time things do seem to settle down, still “there’s no smoke without fire”. So here we try to answer your questions and explain how the new laws work.

It’s worth mentioning before going any further that these new laws are still throwing up a lot of “grey” areas and while every effort has been made to ensure the information given below is accurate, we still recommend you call the National Committee for the Prevention of Smoking hotline ( given below ) if you need to find out more or are having difficulties adapting your business to the new laws. One such area is sports stadia but unless you own one (!) the worst that will probably happen is that you may be asked to extinguish your cigarette.

Quitting smoking doesn’t really necessitate a stint at an addiction but you can do it if you choose to.
Probably simpler is to check the resources at Drugrehab.com, a free web resource that provides information about addiction and mental health issues. They have recently revamped our addiction pages. Feel free to review them here:
www.drugrehab.com/addiction/tobacco and for general addictions here

Smoking is now forbidden in the workplace and in all bars and restaurants bigger than 100 square metres without special provisions having been made. This also applies to nightclubs and function rooms, as well as hotels, phone boxes, and shopping centres. Any sites where public events are held will also be smoke free. Airports, theatres and cinemas must designate separate areas for smoking. Workplaces will not have designated smoking areas – employees wishing to smoke must do so outside the building.

The new law does not apply to the Balearic Islands but only because their own local law already obliges all bars and restaurants regardless of size to have two separate areas, one for smoking and one for non smokers.

Cigarettes will now only be available to buy from estancos (tobacconists) and duly authorised bars and restaurants. You cannot buy cigarettes anymore from kiosks, petrol stations or shopping centres. Tobacco advertising has also been banned from certain media and doctors are calling for the price of cigarettes to be put up.

Any establishments unable to provide a separate area with the above features are obliged to prohibit smoking altogether. Establishments and individuals who fail to comply with the new laws could be fined up to 600,000 euros. No wonder that vaporizers (ex: advanced vaporizers by www.DaVinciVaporizer.com) are now making waves. This is one reason why people are making the switch to vaping where, aside from the health and cost benefits they get out of it, it is also something that would help them to actually quit smoking. Over recent years, eVaping or simply vaping has become very popular. All sorts of flavours are now available including CBD from Genius Hemp

It’s true to say the opposition to the new law has been great and there have been many complaints from consumers, business owners and staff. Many bar owners are also worried about the costs of renovating their establishment to comply with the law. However many others are making and welcoming the changes. The following survey was reported in the Costa del Sol News and may be of some comfort to worried bar owners or those thinking of buying a bar in Spain.

To find out more, call the National Committee for the Prevention of Smoking helpline on 901 445 445 or if you are involved with a legal dispute Perez Legal Group