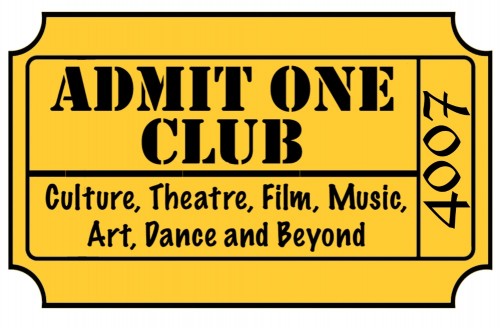 Admit One Cultural and Cinema Club

Admit One is the Southern Costa Blanca’s first English Language club dedicated to culture and cinema. Starting in January 2016, the club’s philosophy is to offer a variety of cultural offerings around the region, including theatre, concerts, events, sports, travel, tours, workshops and of course, English Language Cinema.

Each week the local cinema, Cines IMF in Torrevieja, located in the Ozone Centre beside the Habaneras Centre, screen a newly released film, for the entire week, Friday thru Thursday, usually showing at 18.00 or 18.30 hours. Some weeks more than one film is shown plus the club has special theme nights, planned film festivals and a growing list of benefits for members.

One does not have to be a member of the club to enjoy an English Language film. These are open to everyone. However club members do enjoy admission to films on Monday, Tuesday, Wednesday and Thursday for just 5.00€ and Friday thru Sunday for 7.00€. Annual membership fees are only 20€ for individual, 30€ for couples or even friends who attend films together, and just 5.00€ for those under 18 or that have a youth card.

Becoming a member
You can sign up on line by sending an email to: film@admitone.club with Membership Application in the subject line. You need to send your: Full Name, address, post code, telephone number, date of birth and DNI or passport number.

Before you ask, we don’t know why they ask for all these details, but they do. Most other clubs that are officially registered in Spain, ask for the same details.

Membership Payment Locations
You can pay for your membership at these two locations during their normal opening hours:

SJ & A Torrevieja, Print Services Spain, Calle Villa de Madrid #41, Bajo 1603181 Torrevieja (opposite the Park of Nations and the Tanitorio) open 9.00am until 5.00pm weekdays.

MEMBERSHIP CARDS
The Membership Cards are ‘smart cards’ and hold your details and track the number of times you have attended a film. Once you have attended ten films your next film is free on a Monday, Tuesday, Wednesday or Thursday night and you have free admission on your birthday, plus they have other benefits that will be added soon.

Each week members also have the opportunity to win free movies tickets or a variety of film merchandise by taking part in club competitions.

OPT IN
If you would like to know more about the club and receive weekly updates about the films being show, send an email to: film@admitone.club with OPT IN in the subject line. 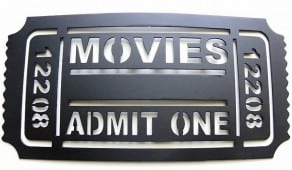